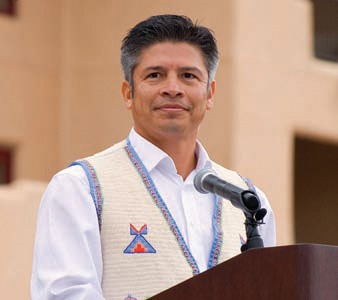 New Mexico has taken the Department of the Interior to federal court to prevent it from approving a tribal-state gaming compact that the Pojoaque Pueblo has submitted over the state’s head.

The tribe, frustrated in its negotiations with the administration of Governor Susanne Martinez, has resorted to the gambit of attempting to get a compact imposed by the federal government.

The governor’s lawsuit contends that Interior doesn’t have the authority to impose the compact on the state, “in a way that is contrary to the best interests of New Mexicans and neighboring pueblos.” It claims that the department’s regulations violate the Indian Gaming Regulatory Act of 1988 and are also unconstitutional.

The pueblo’s proposed compact would stop any payments of the tribe to the state, would lower the gambling age from 21 to 18 and would allow alcohol to be served on the casino floor. No other of the state’s 14 gaming tribes has these provisions. Martinez argues that they would be placed at a competitive disadvantage by the proposed compact.

Legal precedent is unsettled on the issue of whether the department can impose a gaming compact on a state when negotiations break down with a tribe. A federal appeals court has ruled that the department couldn’t do so in the case of Texas. But New Mexico is under the jurisdiction of a different appeals court.

The existing compact remains in force until next year.