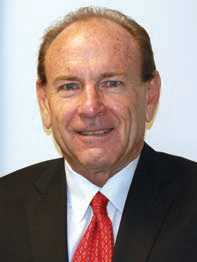 At the end of the 112th Congress of the United States, in late 2012, the company Public Policy Polling performed a series of polls that found that the American public had a higher opinion of colonoscopies, root canals, head lice and cockroaches than it did of the American Congress. One wants to note that it is this institution to which many gambling companies want to assign their future. Be careful what you wish for.

The most recent Nevada experience with gambling began in 1931, but the state never became too serious about regulating the industry until 1955, with the creation of the Nevada Gaming Control Board.

The control board was a response to specific historical events, namely a series of organized crime hearings that prominently featured many Nevada casino operators, and the federal government’s attempt to institute a 10 percent gambling transactions tax, which would have taxed the industry out of existence. The reasons given for the establishment of the board were numerous, but the first two board chairmen, as well as the governor of the state from 1958 to 1966, argued that the primary motivation was to keep the federal government out of Nevada’s business.

The establishment of a regulatory structure to thwart the federal government from destroying the gaming industry was but one of Nevada’s strategic responses to the threats of the era from the federal government. With a congressional delegation of three—two senators and one congressman—the state lacked the national political clout needed to quash these threats. They clearly needed allies. And one of the ways to acquire allies was to embrace the American union movement, and allow union funds to become the source of financing for the casino industry.

By embracing union money in Nevada, Nevada’s sparse congressional delegation gained the support of union-friendly congressional members throughout the United States. But this too carried with it a cost. Much of this money came from the Teamsters Union’s funds—nicknamed the “mob’s bank”—and was associated with the name of James Hoffa.

This fact, and the animosity between the Attorney General of the United States, Robert Kennedy, and Hoffa, led Robert Kennedy to embark on an effort to solicit the assistance of the Nevada Attorney General to deputize a large number of agents so as to “raid” select casinos within Nevada. Only a meeting between Nevada’s governor, Grant Sawyer, and John F. Kennedy, the president of the U.S., stopped this plan.

The federal government’s plans to damage or eliminate the casino industry through raids, prohibition or taxation were not limited to events of the 1950s and 1960s. Following Bill Clinton’s election he had every desire to introduce a welfare reform plan. One of the sticking points to this plan was that he needed approximately $15 billion in additional funds to see it into reality. President Clinton’s desired solution to this funding issue was to impose a tax on the casino industry, and while this desire was defeated, it was defeated at the expense of enormous political capital on the part of Nevada. Be careful what you wish for.

An area of concern that the Nevada gaming industry seems to be ignoring in its drive to secure federal involvement in internet wagering is detailed in the fact that the federal government has a terrible track record at developing essentially any legislation in the area of gambling that is not borderline incomprehensible.

One only needs to look at the Wire Act of 1961, the Professional and Amateur Sports Protection Act (1992), Interstate Horseracing Act (1978), and the Unlawful Internet Gambling Enforcement Act (2006) to see case studies in poor construction, inconsistent language and curious logic. For the Nevada gaming interests to now believe that federal legislative drafters are going to become in some sense literate is certainly wishful, if not pure fantasy. Be careful what you wish for.

Another sizeable risk of inviting the federal government into the gambling world is the fickle nature of political power in Washington, D.C. Like a pendulum, it swings back and forth, from left to right, and back again. The 2012 Republican Party Platform stated that all internet wagering should be made illegal, and urged the reversal of the Department of Justice’s recent ruling on the Wire Act.

Imagine a new federal internet wagering law, coupled with a tax provision, and then imagine an electoral shift to the right for the 2016 election. Is there anyone presently fighting for a federal bill that would not then regret allowing the fox in the henhouse, so to speak? Sit back and imagine that the world’s richest anti-internet gambling mogul, Sheldon (click your mouse and lose your house) Adelson decides to spend $1 billion on the 2016 election. How supportive do you believe his candidate’s attorney general is going to be in interpreting the Wire Act, or a presidential appointee to oversee the regulation of the industry?

There is also a tendency of the federal government to believe that once they have the right to tax an industry, they have the right to increase that tax. If there is an industry that should understand probability and odds, it is the gambling industry, and so they should definitely calculate the probability that the government, at some future point in time, will increase the tax, once they get a tax. It is seemingly in the DNA of the federal government to do so. Be careful what you wish for.

Also, again, please explain why the federal government should leap into internet wagering, yet not touch the taxation and regulation of the traditional industry. Once the camel’s nose is in the tent, don’t then expect that camel to stop. Be careful what you wish for.

The gaming industry should step back, and take a good, hard look at what exactly it is inviting when it wishes for federal intervention in the industry. Trusting its future to an institution that has an almost humorous reputation of drafting seemingly obtuse gambling legislation, raises taxes with apparent abandon, and possesses little understanding for the reality of the industry, may be a most regrettable decision. The industry should really think twice about wanting to turn its future over to the care of an institution that has less respect with the American public than a root canal.

Be careful what you wish for.