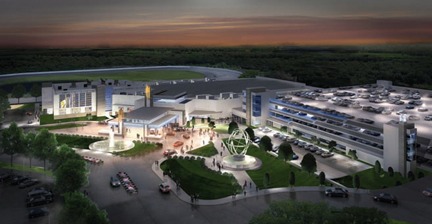 Some good news for a change in Massachusett for the nascent gaming industry there:

The state Gaming Commission last month chose Penn National Gaming’s proposal for the only slots parlor in the Bay State.

Wilmott said the facility will be a competitive casino, despite the fact that at least two other large full-scale casinos will be approved within the next year in its market.

“We are not afraid of competition,” Wilmott said. “We like the fact that we are going to get a head start and be able to develop relationships with customers at our facilities for a couple of years before other competition comes in. We think the market is big enough.”

The other contenders for the license were the Cordish Cos., seeking to build in Leominster, and Raynham Park in Raynham. Local voters overwhelmingly supported all three proponents.

City voters endorsed the proposal by a margin of 63 percent to 44.3 percent. The city, which has a population of about 53,000, is economically challenged and has an unemployment rate of 7.2 percent. Supporters of the Suffolk Downs casino spent $3.3 million on the November and February votes, with Mohegan Sun adding another $400,000, which, according to some estimates, works out to be about $35 per voter.

Mohegan Sun Tribal Gaming Authority CEO Mitchell Etess predicted that the Massachusetts Gaming Commission would ultimately prefer his company’s proposal for the Boston Metro zone license to that of Steve Wynn’s proposal for the town of Everett.