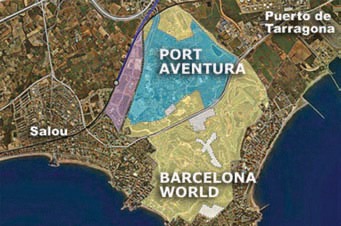 Concerns have been raised over the future of Barcelona’s highly touted BCN World complex after lead developer Veremonte decided not to purchase the land needed to build the US billion mixed-use complex.

Veremonte allowed an option to acquire the 500-hectare site for €380 million to expire on December 10, saying it may still purchase the land but is waiting until it has more knowledge of the thinking of local government planners.

The government of Catalonia has since said it will shield the land from speculation so as not to endanger the project, a decision which could give Veremonte upwards of 18 months to decide how to proceed. The government has not, however, given approval to Veremonte’s plans for the site.

Veremonte has said the project will create 17,000 construction jobs and another 6,000 jobs at each hotel, an attractive proposition for a Spanish economy that is still struggling in the aftermath of the global recession with a weak economy and double-digit unemployment.

However, like EuroVegas, it is expected that significant regulatory modifications will be needed to adapt the project to the urban planning of the area, and critical policies regarding taxation and the scope of the gambling have yet to be resolved.

But all is not lost. Generalitat, the regional authority of Catalonia, opted to salvage the project when Veremonte reconsidered. According to the new agreement, the local government will pay €100 million (US$120 million) for the 470-acre parcel.

The purchase option must be exercised before June 2016.