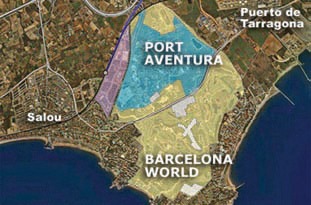 Authorities in the Spanish province of Catalonia have received what is described in news reports as “several” bids for six casino licenses being offered as part of the proposed BCN World leisure and entertainment complex near Barcelona.

Sources cited by EFE did not disclose the exact number and identity of the bidders, but unconfirmed reports were that Malaysia-based resort conglomerate Genting was one of the interested parties.

Melco, Caesars and Hard Rock are all partnering with Veremonte España, the company promoting BCN World, a multi-phased, mixed-use resort complex similar to Las Vegas Sands’ abortive EuroVegas in Madrid. Plans call for resort hotels totaling 10,000 rooms, an array of supporting leisure and entertainment attractions, up to 5,000 residential units, retail and commercial and MICE facilities, and casinos requiring a minimum investment of €300 million each and subject to a 10 percent tax on gaming revenue.

The Catalan parliament has already authorized gaming at the complex, which would be located in a specially designated area south of Barcelona near the city of Terragona.