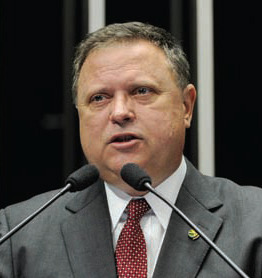 Just like with Japan, the gaming industry has always salivated when considering legalized gaming in Brazil. Though there has been an active bingo industry in the country, casinos would be a game changer for the massive South American nation.

In September, the government created a gaming commission, the Special Committee of the Regulatory Framework of the Games. Late last year, the Brazilian Senate approved a bill that sets up the outline of a gaming industry, known as Agenda Brazil. Introduced by Senator Blairo Maggi, the bill now must be approved the lower house, the Chamber of Deputies.

One of the authors of the bill, Senator Ciro Nogueira, says Brazilians gamble more than $4 billion every year with illegal gambling operators. Regulation, he says, could bring gambling above ground and provide taxes for the government.

Maggi says legalized gambling would “remove the corruption that exists today, and at the same time, realize a significant increase in public stocks,” without this being translated into increased burdens on other taxpayers.

Maggi is the former governor of the state of Mato Grosso, where his family was the leading producer of soybeans. Maggi has been a fierce proponent of agriculture in Brazil, which accounts for almost a quarter of the country’s gross domestic product. More than 10 million have been rescued from grinding poverty as a result of the rise of agriculture, says Maggi.

But all of this comes at a price. To increase agricultural production, large swaths of the Amazon River basin were deforested, a price Maggi was willing to pay at the time. But after being awarded the “Golden Chainsaw” by the environmental activist organization Greenpeace, Maggi saw the error of his ways.

“Such a symbolism made me realize I should focus on showing that we would do things differently,” Maggi told Forbes magazine.

Maggi also is a proponent of attacking the red tape that makes progress so difficult in the country.

“Today in Brazil we spend too much time in the war of paper, the stupid bureaucracy,” he says. “Brazil has a hard time making public works become a reality. Here, it is not easy to transform ideas into projects and actions and deliver to the population what is desired.”

The gambling bill would create as many as 35 casinos in Brazil in all parts of the country. Each state could have up to three casinos, based upon the population of the state. Suggestions to limit the casinos to undeveloped areas of the country were rejected. Each state would have the opportunity to accept or reject casinos, which would only be approved as part of an integrated resort, with hotels, shopping, restaurants, meeting space and more. The casino would occupy 10 percent or less of the project’s total square footage. A license would be issued for a 30-year period.

Maggi’s Agenda Brazil has also been promoted by the president of the Senate, Renan Calheiros. Bingo also is a beneficiary, with the bill permitting one bingo hall for every 250,000 people. Each bingo hall could offer up to 50 bingo machines.

As in all his legislation and plans, Maggi says educating the electorate on the bill is crucial.

“Remember that many times the people you are discussing with do not have the same knowledge about that given subject,” he says. “First, teach people. To convince people, they have to know as much as you about the given subject. Many people make mistakes because of their lack of knowledge.”