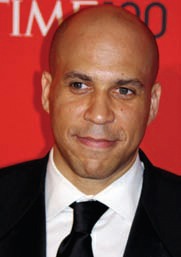 Proponents of online gambling got some big endorsements last month when a laundry list of powerful national organizations rejected an online gaming ban on Capitol Hill.

The North American Association of State & Provincial Lotteries (NASPL), the National Conference of State Legislatures (NCSL) and the National Fraternal Order of Police all came out against the bill, the Restoration of America’s Wire Act, pushed by Las Vegas Sands and its chairman, Sheldon Adelson, that would shut down all online gambling in the U.S.

An editorial by Chuck Canterbury, president of the National Fraternal Order of Police, opposes a federal ban on internet gambling.

Bills introduced in Congress, backed by Adelson, who opposes online gambling, would make online gaming illegal in the U.S. and would not grandfather existing online gaming.

A number of politicians have penned editorials both for and against online gaming, as opponents and proponents wage a public opinion battle, but Canterbury’s editorial comes from a law enforcement source.

“The solution is clear,” wrote Canterbury. “We should maintain states’ rights to regulate online gaming within their borders and reinvest that revenue to make sure the systems are safe for all consumers. This will also allow law enforcement the tools necessary to monitor and shut down illegal activity and give consumers who may have been victimized a means of redress.”

Both the NASPL and the NCSL wrote letters to the bill’s Senate sponsor, South Carolina Senator Lindsay Graham.

NASPL is fearful that the bill will not only eliminate online sales of lottery tickets, but also threatens multi-state lotteries like Powerball and Mega Millions.

In Congress, Graham’s bill to toughen the federal Wire Act and ban online gambling in the U.S. can expect two “no” votes from New Jersey’s U.S. senators.

Democrats Robert Menendez and Cory Booker (above) said they would fight passage of the measure, saying a ban would simply prop up illegal gambling sites.

“Blanket prohibition of internet gaming will empower black-market operators at the expense of responsible states like New Jersey, which have invested in creating a secure internet gaming structure,” Menendez said in a news release.

Silvia Alvarez, a spokeswoman for Booker, told the Newark Star-Ledger that New Jersey “acted responsibly and invested in creating a structured, secure and regulated environment for online gaming.”

“Senator Booker opposes this legislation, because it would drive internet gambling underground, where there are no protections for consumers and no measures to prevent minors from taking part,” she said. “The bill would have the perverse effect of putting millions of American poker players at risk while doing nothing to prevent minors from playing online, combat fraud or crack down on other illegal activities.”

“I would presume that our congressional delegation would stop that or, at the very least, grandfather in New Jersey,” Lesniak told the Star-Ledger. “Even that—a ban in other states—would restrict our ability to sign agreements with them to get additional revenues for New Jersey and Atlantic City casinos.”