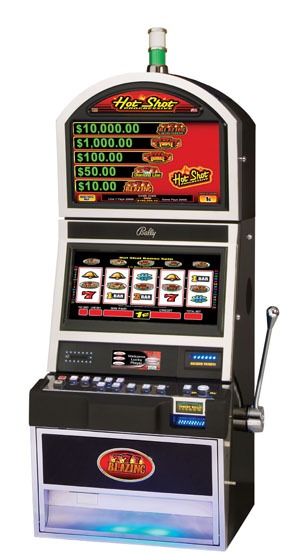 As Bally Technologies increases its international presence, new offices are cropping up to meet ever-increasing demand for Bally slots and systems around the world. Here are a few of the hottest of Bally’s new international hot spots.

As new, tourist-oriented properties such as Venetian Macao and the coming City of Dreams widen the market in Macau, that Chinese enclave heads the list of new opportunities for Bally.

“We’ve got a series of products that have been performing very, very well in Macau,” says Bally Asia-Pacific VP and Managing Director Catherine Burns, “particularly Hot Shots and Quick Hit. With a couple of new property openings coming, we’re looking at additional growth.”

Macau is only one portion of the Asia-Pacific region ripe for growth. “We’re also seeing some nice growth with our longtime customers like Genting in Malaysia,” Burns says. “We’re looking at good growth in the Philippines, and in the peripheral markets of Cambodia and Vietnam, which we’re now making a push into. With the success we’ve had from the products, we expect that to be very strong this year.”

“We continue to see tremendous opportunity in some of the emerging markets, such as Peru, Colombia, Belize… even in places such as Nicaragua, we’re starting to see some major players enter with the capital needed, and the regulatory agencies are starting to step up with the right kinds of requirements to make us feel comfortable entering.”

There are other possibilities that could result in huge new markets. “There is a lot of discussion on when Brazil will open legally,” Connelly says. “We’re not creating a strategy to be first in that market, but we’re keeping our eye open to make sure we’re able to take advantage of the opportunity.”

Mexico, of course, is one market in which Bally already has a very strong foothold. All of the games in the market are Class II electronic bingo, which, again, reminds one of the value of that 2003 acquisition of SDG, long one of the leaders in Class II gaming.

“One of the advantages of representing Bally internationally is that our portfolio of products is so extensive,” comments Connelly. “It’s a competitive advantage, and Mexico is a market we’re spending a lot of time focusing on.”

Bally’s advantage in the South African market is the company’s strength in the stepper product. “It is one of those markets where the stepper product is quite strong,” says Connelly. “Approximately 40 percent of the machines are steppers-very old steppers; three-reel machines. There are even some old 10-reel games by Universal and some other companies.”

The opportunity for Bally in South Africa? Replacing those old games.

“We see a tremendous opportunity in South Africa, because many of the machines are 10 years old, or older. There is an effort by the four or five major groups down there to do some conversions in the near term. We’ve timed that appropriately to support the needs of our customers down there, and the initial performance of our products, both stepper and video, has been some of the highest on the floor.”

Bally plans to announce a managing director for the new Johannesburg office this month.

Bally was one of the manufacturers that suffered the least from the casino closures of the Putin administration in Russia-the company was selling via a distributor agreement, which made the effects of the decline in the market minimal.

While Connelly says the company will keep a  vigilant eye on Russia to possibly capitalize on the coming of the new gaming regions, there are plenty of other ripe markets in the region, from the Baltic states to the former Soviet republics of central Europe.

By locating an office in Slovenia, says Connelly, Bally will be centrally located to serve not only the Baltics, but Ukraine, Rumania, Croatia, Slovakia, Italy, Austria and other major markets.

“The intent of our office there is to support our customers from both system and gaming perspectives in Eastern European countries and the eastern E.U.,” says Connelly. “Some would be surprised to know how many contracts we’ve signed there in the past 12 months, both in the system and gaming areas. That’s going to be a great strategic advantage for Bally in becoming global.”