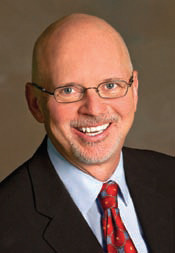 In a conference call with investors, Bally CEO Richard Haddrill stressed the fact that the manufacturer has remained profitable despite the flat overall economy. He also said the dearth in new casino openings will end soon due to new jurisdictions in Ohio and elsewhere.

“We see positive long-term trends for our business as a result of planned gaming expansion, the extended deferral of customer game capital expenditures and our upcoming product launches,” Haddrill said.

Haddrill also noted a recent seven-year contract extension with the New York Lottery, under which the slot-maker provides 51 percent of the games for the state’s central-determination video lottery market—6,400 machines in all.

Analysts agree with Haddrill on the overall health of Bally. According to a report in the Las Vegas Review-Journal, Roth Capital Markets gaming analyst Todd Eilers told investors that the company maintains solid slot and system sales. “We view Bally as the best supplier to own in the space, considering its unique growth opportunity in systems combined with international expansion opportunities,” Eilers told investors.