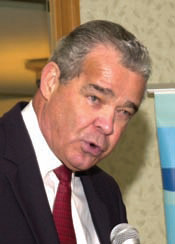 The cabinet of the Bahamas may soon be studying proposals to put the casino industry there on a more competitive footing. At least, that is the hope of Minister of Tourism and Aviation Vincent Vanderpool-Wallace.

“I have that massive document in front of me as we speak,” Vanderpool-Wallace told the Bahamas Tribune, when questioned about the status of casino regulatory reform. “It hasn’t been put forward yet, but it’s quite a lengthy thing, because there are so many bits and pieces under consideration.

“The next step is putting it out to the government for consideration. They haven’t seen it as yet.”

Among the reforms proposed by the Bahamas Hotel Association and the local casino industry are allowing local residents and those on short-term work permits to play at casinos.

Other reforms involve approval processes for investment in casinos and procedural items such as movement of table games and slot machines.

“A lot of the recommendations are ones that will certainly modernize what it is we are doing, and the key part is doing those things that make us a lot more competitive,” said Vanderpool-Wallace. “It’s a whole series of items requested by the industry. Some of it we have accepted, and some of it we have modernized.”

There is no timetable, however, on when the cabinet will consider the changes. But the Bahamas might have a bigger problem.

Officials are wondering if a massive growth of gaming in South Florida imperils the tourist trade in the Bahamas.

Markantonis said it would be hard for the Bahamas to compete with destination resorts in South Florida, because it’s cheaper for Americans to drive to Florida than fly to the islands.

“The horse is not out of the gate yet,” Markantonis said. “Nothing has been approved, but I think if they integrate these resorts in Florida, it’s going to be a big problem for us.”