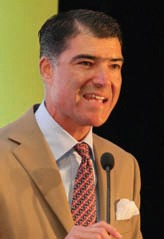 The Baha Mar Resort, the .5 billion, six-hotel casino megaresort project in Nassau, the Bahamas, that is hoped will revive the Caribbean nation’s tourism industry, has filed for U.S. Bankruptcy Court protection in Delaware. As a result, Baha Mar has filed suit against its contractor, China State Construction Engineering Corp. Ltd., seeking more than 2 million in damages.

The project, which will add four new hotels to two existing hotels along with the largest casino in the Caribbean, 40 restaurants and bars, a golf complex, retail and residential elements and other amenities, has seen its grand opening delayed twice. It was originally slated to open last December, to take advantage of the 2014-15 high season. The owner delayed that to March 27, saying its contractor had not achieved the quality desired.

Construction subsequently halted as Izmirlian refused to pay the contractor the rate demanded, which was four times what the operator claims was due.

The use of China Construction America as lead contractor was a prerequisite for obtaining the main loan financing for the project, from the state-owned China Export-Import Bank. At the time the agreement was forged in 2010, financing for a project this size was extremely hard to come by, thanks to the worldwide recession.

According to court papers, the Baha Mar project is 97 percent complete. Izmirlian, after the bankruptcy petition was filed, took new aim at his contractor. “The general contractor repeatedly has missed construction deadlines,” he said in a statement. “Unable to open, the resort has been left without a sufficient source of revenue to continue our existing business.”

Court papers included with the bankruptcy petition state that when the March opening date became untenable, the operator was “forced to cancel months’ worth of room reservations and group meeting events, and provide numerous customers with vouchers, refunds, and in certain cases were required to find customers suitable accommodations elsewhere, all at a cost in excess of $6 million.”

Izmirlian said the bankruptcy protection will provide the time needed to complete the project.