The attempt by PokerStars to enter legal or soon-to-be legal U.S. online gaming markets could backfire 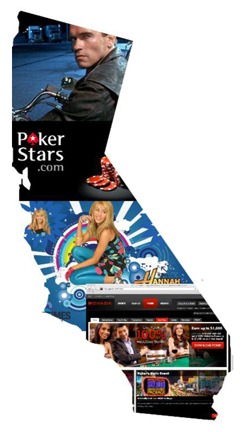 But when it comes to bad actors in the online gaming space, PokerStars is clearly the winner, hands down.

Sometimes the term “bad actor” is defined differently, but for our purposes, we’ll stick with the “online casinos that accepted bets from U.S. players after the passage of the 2006 Unlawful Internet Gambling Enforcement Act.”

So when it comes to “bad,” there are many other sites that have worse reputations than PokerStars. Bovada probably tops the “black” list of online casinos that U.S. officials want to close down. Bovada is the successor to Bodog, which was so bad that it had to change its name after federal officials seized the Bodog site and indicted founder Calvin Ayre on money laundering charges in 2012. Ayre claims to no longer have any ownership interest in Bovada, but that casino uses the same aggressive marketing campaigns toward U.S. players as did Bodog. Canadian Ayre remains a fugitive to the U.S. charges.

So why is PokerStars the poster child for “bad actors?” After all, PokerStars is licensed in many jurisdictions and receives grudging admiration from some quarters in the way it responded to money laundering and racketeering indictments from the Department of Justice on “Black Friday”—April 15, 2011.

Soon after the indictments, however, PokerStars worked its way out of the charges by making a $731 million payment to the DOJ, which included the purchase of the assets of a similar bad actor, Full Tilt Poker. The company never admitted any wrongdoing, nor did the settlement allege that it had been conducting illegal gaming in the U.S. PokerStars former Chairman Isai Scheinberg remains a fugitive, but his son Mark Scheinberg has taken over his father’s old position.

Today, PokerStars no longer takes bets from U.S. customers on its offshore websites and it remains the global leader in online poker. Clearly, PokerStars expected to be invited back to the U.S. by states that wanted the world leader involved.

Because it was cleared by the DOJ, PokerStars made plans to enter the legal U.S. online gaming market.

That wasn’t to be, however. The first state to legalize iPoker, Nevada, built in a “bad actor” clause that will prevent PokerStars from participating in Nevada iPoker for at least five years. While bwin.party entertainment (as PartyPoker, one of the most popular poker websites in the world in 2006) pulled out of the U.S. following the passage of UIGEA, and the company has partnership agreements with MGM Resorts and Boyd Gaming, PartyPoker has yet to be licensed in Nevada, but is currently pursuing approval.

Delaware and New Jersey, the next two states in the march toward legalization, left the determination up to the regulators, but clearly stated that the system would take into account previous actions of any applicants.

When PokerStars made an offer to buy the now-defunct Atlantic Club, the New Jersey Division of Gaming Enforcement said it would evaluate the application, but promised no license. When the Atlantic Club deal imploded, PokerStars later found a partner in Resorts Atlantic City, where it would build a $10 million poker room if found acceptable. But the DGE suspended PokerStars’ license application and said it would review the suspension:

“The Division of Gaming Enforcement has determined that the application of Rational Services Limited (PokerStars) casino service industry licensure (CSIE) will be held in a suspended status for a period of two years,” the division declared.

“The division, within that period, may consider a request for relief to reactivate the application if significantly changed circumstances are demonstrated, at which time the Division’s investigation of PokerStars and its affiliated entities and associated individuals will be resumed to assess suitability.

“The division’s determination is based primarily on the unresolved federal indictment against Isai Scheinberg for the alleged violation of federal gambling statutes, namely, the Illegal Gambling Business Act and the Unlawful Internet Gambling Enforcement Act (UIGEA), and the involvement of certain PokerStars executives with internet gaming operations in the United States following the enactment of UIGEA.”

Some experts agree that the removal of Mark Scheinberg as chairman, as well as a few other senior executives, and the elimination of influence from Scheinberg senior (as well as the resolution of federal charges) may be enough to guarantee a license, but that solution has not been forthcoming.

Most experts believe that California is the Promised Land for iPoker. With 37 million people (vs. only 9 million in New Jersey), California is a little more than half the size of the United Kingdom, where online poker thrives. And California’s demographics are even more favorable to iPoker participation.

So it wasn’t surprising when PokerStars became an issue in the passage of iPoker legislation in the Golden State. One of the two bills that would legalize iPoker in the state lacks a “bad actor” clause, which has further divided the tribal community, which would be the heart and soul of a California iPoker industry.

For the third year, the California legislature will debate whether to legalize online poker in the state as two groups have introduced bills on internet gaming.

Senator Lou Correa is the author of one of the new bills, which is backed by a coalition including the San Manuel Band of Serrano Mission Indians, the United Auburn Community and the Rincon Band of Luiseño Indians.

Another bill has been introduced by Assemblyman Reggie Jones-Sawyer and has the support of the Pechanga Band of Luiseño Indians, the Agua Caliente Band of Cahuila Indians and the Yocha Dehe Wintun Nation.

Both bills legalize online poker only and would require that all players be physically located within the state’s boundaries.

The two bills do have several differences over licensing procedures and the naming of bad actors, but reports say legislators may have a better chance of reaching compromises this time out. One bill specifically bans them, while the other leaves the matter to the discretion of the tribal and state regulators.

That became important last month when published reports said that PokerStars is in partnership negotiations with the Morongo Band of Mission Indians and three large Southern California Card Clubs to offer online poker in California, including the Commerce Club and the Bicycle Club.

However, the California Tribal Business Alliance has pledged to block any legislation that doesn’t have a bad actor clause, which would essentially shut PokerStars out of the market thanks to its sketchy history stemming from its shutdown in April 2011.

“We will strongly oppose any legislation which allows PokerStars to participate,” Leslie Lohse, alliance chairwoman, said in a statement.

PokerStars responded with a statement of its own.

The company said that it “shares the belief that a future licensing framework for online poker in California should be based upon the highest standards of suitability that maximize consumer protection and consumer choice. We have consistently met those standards in jurisdictions around the world, where we hold 11 licenses—more than any other company, including licenses in leading European jurisdictions such as Italy, France and Spain.”

The statement continued that the company “has not, will not and need not request any changes to the California gaming regulations.”

The statement says, “Many other jurisdictions that have online gaming—such as New Jersey—have moved forward on online gambling without a bad-actor clause, leaving such determinations to its regulators. The California Gambling Control Commission has a 15-year history of successful consumer protection and is more than qualified to continue to determine suitability.”

In fact, said the statement, the opponents of the bill are only interested in keeping superior competition out of the state.

“The only parties seeking to change this are certain groups who want to use the legislature to gain a competitive market advantage and to limit competition,” the statement said. “Their efforts are not in the best interest of consumer choice or consumer protection.”

So, why is PokerStars considered the baddest of the bad actors? The CTBA says any bill should preclude “bad actors whose past behavior and tainted brands and assets would erode the integrity of intrastate internet poker.”

But PokerStars’ strong response to the CBTA’s statement indicates it is ready to fight back aggressively against anyone or any organization that attempts to mischaracterize anything the company has done recently. Anyone who does so, the company says in its statement, is “misrepresenting the Unlawful Internet Gambling Enforcement Act and PokerStars’ past U.S. operations.”

The company cites legal opinions to back it up.

“The fact is that UIGEA did not make illegal any gaming that was not already illegal before its passage,” the statement said. “This has been confirmed by the U.S. Third Circuit Court of Appeals and by the U.S. Department of Justice. PokerStars operated under legal opinion that its offering of online poker did not violate U.S. law before 2006 and maintained that opinion following the passage of UIGEA.”

In the Third Circuit opinion, PokerStars cited a letter from Brian Benczowski, principal deputy assistant attorney general (Justice Department) to Rep. John Conyers, chairman of the House Committee on the Judiciary on July 23, 2007: “The UIGEA itself does not make any type of gambling legal or illegal; rather, the statute is focused on regulating the methods of payment for already-illegal gambling.”

An unrelated report stated that the United States Court of Appeals for the Third Circuit held that the UIGEA “does not itself outlaw any gambling activity, but rather incorporates other federal or state law related to gambling.”

Therefore, the company requests that it be given the opportunity to apply “just like any other company seeking to operate in California and investing in a fair and well-regulated market.”