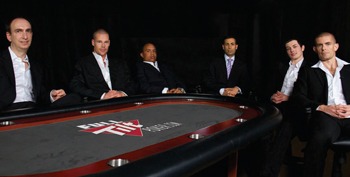 Two online poker sites that will be forever linked together by virtue of their inclusion in the April 15, 2011 “Black Friday” prosecution by the U.S. Justice Department may now be linked even closer after events unfolded last month.

Late in April, Groupe Bernard Tapie, a French company, announced that negotiations to buy Full Tilt Poker had failed and would not be concluded. That announcement was followed closely by a second report that had PokerStars stepping into the void to buy the inactive Full Tilt. While details of the deal have not been released, sources said it would include a deal with the DOJ and a payback of all the funds on deposit from players around the world—around $300 million, about half of which is owed to U.S. players.

Ironically, the two companies (along with Absolute/Ultimate Bet Poker) were targets of the DOJ prosecution last year, which resulted in the shutdown of U.S. markets by seizing their websites. PokerStars repaid players locked out by the seizure, but Full Tilt Poker had difficulty making any restitution. The DOJ charged the two with bank fraud and money laundering, but PokerStars was able to maintain its business outside the U.S. Full Tilt, meanwhile, had its license suspended by several jurisdictions in Europe, including Alderney, which was the principal issuer of the Full Tilt license. In a later court filing, the DOJ accused Full Tilt of creating a “Ponzi” scheme by taking players’ deposits to pay themselves to the tune of $444 million.

After several companies considered buying the Dublin-based Full Tilt, Groupe Bernard Tapie stepped up. But negotiations with the DOJ, which is requiring complete repayment of all players, went nowhere, and the company announced the end of the negotiations.

A source told the Wall Street Journal that PokerStars executives were in Dublin conducting due diligence of Full Tilt in anticipation of a sale. The source also alleged that any deal would permit PokerStars to re-enter the U.S. market if and when online gaming were legalized, but there was no indication if there would be a waiting period or not.

PokerStars would not comment on the reports, which did not get any more elaborate as the days passed.