GGB is committed to providing updated news and analysis on our weekly news site, GGBNews.com.
Technology

Why server-based gaming is still a dependable technology 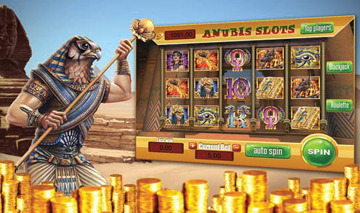 Serve up the discussion.

Roughly a decade into its casino presence, server-based gaming remains a unique topic. Has it met the objective of giving players instantly shifting game content? Does it resemble the swing-and-a-miss tag assigned under-performing industry products like RFID or does it fit nicely with Class II gaming, where it mostly resides in the U.S.?

That depends upon one’s connection with the niche.

For Native American casino vendors, Class II paves a fast market entry. Tribes conduct, license and regulate it. They don’t require compacts, as they would with the more lucrative Class III realm. There is less administrative red tape associated with Class II.

On the flip side, server-based gaming at the heart of Class II has been under-utilized.

“The server-based vision was a tremendous one, and if you would call that a 10, the industry execution has been roughly a four,” says Andrew Burke, vice president of slot products for AGS, a major player in Class II gaming. “Perhaps we expected too much from it. There was a myth on players’ expectations. They like old games, legacy games. The operators have not been able to bring all the legacy titles to the floor, which I understand, as it is hard to do.”

AGS nonetheless remains vested in server-based gaming, Burke notes. It has parlayed the trend of increased slot titles and jurisdictional licenses into becoming the second-largest supplier of Class II games in the world.

“Server-based gaming has evolved over the years to provide casinos with more ways to streamline operations and engage with players than ever before,” says Sina Miri, vice president of casino systems for IGT. “As the footprint of server-assisted capable devices grows through natural replacement cycles, market expansion or intentional migration, the opportunity for server-based gaming implementation grows.”

Server-based technology was supposed to be, by most forecasts, a game-changer.

Influential participants thought server-based functions would revolutionize the industry. They championed the concept that community gaming changed the industry from man versus machine to group play, in which tournaments could mirror the excitement and multi-player involvement of games like craps. How, they wondered, had operators existed without it?

Operators could dramatically reduce the hardware and software costs for the entire casino game system because most functions of a game device could be centralized in a server. They could also shift content quickly. Different slot games could be downloaded into the slot cabinets. Slot managers could change a machine’s games, denominations, bonus payouts and promotions from a central computer server rather than requiring technicians to perform the work manually. Instead of buying a slot game that could go out of favor with players, casinos could change their lineup in seconds.

Being centralized even enhanced security because the random number generation and game logic could not be manipulated at individual game terminals.

Yet, countering the innovation were concerns that game payouts could also change too quickly, that a 95 percent payback could suddenly become a 90. Where would the line be drawn between enticing players and staying within regulations? If the administrative process became too complicated, would the investment benefit an operator?

For Las Vegas-based AGS, a designer and manufacturer of gaming products for the casino floor, server-based gaming represents history, and a staple.

The company’s roots are in the Class II, Native American market, and although it has expanded product lines and wowed the Class III commercial marketplace, server-based gaming remains a specialty.

“It is in our DNA,” Burke says. “AGS and Cadillac Jack (which it acquired last year) both started as Class II companies. About 95 percent of our install base is on server-based games. It is a buzz word in the industry. We have had data-based games in development since our founding. We know everything about Class II and the importance and capability of it.”

“The vision was a great one,” Burke says. “If I am at home, for example, I can select whatever video game I want. I don’t have to walk around looking for a game (as an arcade experience would be). I can just put it into my console. With server-based gaming at your property, you could say that you have 2,000 positions on the floor with five times as much content as you had before. It had many benefits for operators, who could interact faster with the customers. They could know what they are doing, they could organize tournaments, etc.”

As for the server-based report card, however, “it has under-performed drastically.”

Burke believes some slick enhancements, which would need to be accommodated by industry regulations, could rejuvenate server-based gaming. One would be the option to swap out content for different times of the day, matching groups of patrons who occupy specific time slots. That tool is available in some worldwide jurisdictions, but not all.

Another innovation would be the ability to connect jackpots and tournaments across state lines in Class II gaming. Burke’s company retains a Class II presence while reinventing its Class III portfolio.

Las Vegas-based IGT is well-stocked in the server-game space.

Miri says that, central to many casino operations, IGT Floor Manager in the IGT Advantage casino management system is used by more than 140 sites in 24 countries, illustrating how global operators recognize the benefits of centralized game management. By leveraging IGT’s remote game server, its customers increase the number of connected games within their enterprise systems, Miri says.

What are the advantages to server-based gaming?

“It accelerates access to new game packages, the ability to increase ROI from each gaming machine and lower operational cost of gaming machine management,” Miri says. “From a customer service perspective, and when combined with features such as Service Window and advanced marketing applications, the capabilities are compelling. IGT Media Manager 5.0 enables the operator to deploy select promotions from other platforms into IGT Service Window, which can further personalize the player experience and drive game play.”

The company’s Floor Manager and Service Window products have paved the way for new mobile technologies to increase operating efficiency, Miri asserts. Through IGT mobile applications, casino staff can recognize activity on a casino floor through the convenience of a mobile device.

“Developed to improve serviceability on a casino floor, IGT Floor Manager Mobile is a seamless systems application that empowers technicians to modify various slot machine functionality from a mobile device,” Miri asserts. “With this product, technicians no longer need to update electronic gaming machines (EGMs) from their office desktop; they can now approach any individual EGM or bank of machines and make select changes in real time on a mobile device. The server-based solution is scalable, and can be uniquely tailored to suit the needs of any gaming floor.”

IGT Mobile Notifier is an advanced mobile application that enables real-time updates of operator key performance indicators (KPI) and events that can be accessed remotely from a mobile device, Miri says. Instead of waiting for a weekly report to measure success, operators can select KPI tracking options and event alerts on Mobile Notifier to proactively monitor and adjust operational needs.

Miri says server-based gaming has room to grow. The mobile age is a driving force.

“As we look toward the future of server-based gaming and systems innovation, evolving technologies such as OnPremis and Cardless Connect exemplify how mobile devices can leverage a server-based casino system,” Miri says. “This will bring all of the excitement of the casino to a mobile device, with the convenience of access to sports books, games and even payment capabilities.”

VGT, founded in 1991 and acquired by Aristocrat in 2014, is a leading North American developer, manufacturer and distributor of casino games for the Class II and emerging markets. The Franklin, Tennessee-based company has more than 20,000 terminals in more than 140 locations in the United States.

In joining Aristocrat, a premium supplier of groundbreaking technologies and services to the international gaming industry, VGT became part of a diverse portfolio that includes land-based games, casino management solutions and online gaming.

Beginning with the popular Riverboat Queen multi-game system initially introduced in the Louisiana market, and continuing through a line of games that includes the Treasure Quest series of skill-based games, and the current hit Live-Call Bingo, VGT has consistently developed popular games.

London-based Inspired Gaming Group is a global game technology company. It supplies virtual sports mobile gaming and server-based gaming systems, along with associated terminals and digital content to regulated betting and gaming operators worldwide. It operates more than 25,000 digital gaming terminals and supplies its virtual sports products in more than 30,000 venues and on over 200 websites in 30 countries, according to CEO Luke Alvarez.

It’s also a hot property. Inspired became an attractive target and was recently purchased by New York-based Hydra Industries for about $264 million. The deal is expected to be finalized in October.

Because Inspired’s products are fully digital, they can interact with a central server, and are provided on a “distributed” basis, which allows Inspired to realize a number of benefits, including its ability to access a wider geographic footprint through the internet and proprietary networks, Alvarez says.

There are significant benefits to server-based gaming (SBG) that drive the accelerating adoption of digitally networked gaming and lottery, he contends. SBG allows operators to remotely manage their estate with minimal disruption to their business. The central system offers flexibility to rotate games, allowing operators to tailor game availability by time of day, target specific player demographics and take advantage of seasonal and themed marketing opportunities.

New games can be phased in seamlessly, overcoming the revenue dip often associated with replacing games on traditional slot machines.

More games per terminal provides incentives for operators to test new games and suppliers, Alvarez contends. Operators can appeal to a broader base of players with minimal cost or risk as well as commission games from new third-party suppliers on an open game interface. The increased number of games per machine and remote game management eliminate procurement risk for the operator, as unsuccessful games can be easily switched out.

The SBG model significantly reduces the need for on-site repairs and improves terminal up-time. Elimination of machine obsolescence should extend product life cycles, as well as the time period over which costs can be depreciated, Alvarez says.

The company’s game portfolio includes a broad selection of leading SBG slot titles such as Centurion, Diamond Goddess and Rise of Anubis , which offer customers a wide range of volatilities, return-to-player and other features. Inspired also offers more traditional casino games through its SBG network, such as roulette, blackjack and keno.

Inspired has a strong market position in the U.K., with approximately 50 percent of SBG terminal placements and over 100 games. It offers SBG terminals such as the Eclipse, Inceptor, Optimus and Blaze, each offering a different size, graphics technology and price proposition.

Inspired’s SBG portfolio distributes games to devices via different game management systems, each tailored to a specific operator and market type. Core Hub is Inspired’s next-generation server-supported gaming management concept, complementary to and based on the CORE platform. It uses a new protocol layer to take advantage of the opportunities offered by the open Gaming Standards Association G2S gaming protocol. Core Edge is the next iteration of Inspired’s server-based gaming management system.

The success of Inspired Gaming can be seen as a model for the efficiency to be had by server-based gaming. How fast the technology will continue to expand in the U.S. remains to be seen.