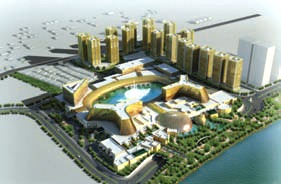 When officials with the Philippine Amusement nd Gaming Corporation (PAGCOR) appeared at G2E Asia in May, a question was raised about the status of Kazuo Okada and Universal Entertainment. Reports that PAGCOR regulators had cleared Okada of bribery and money laundering were not true, said Francis Hernando, a vice president with PAGCOR in charge of the company’s regulatory system. Those charges, said Hernando, will be considered by the Philippine Department of Justice.

But Hernando said Okada was in violation of the Philippine Constitution that requires that Philippine companies be the majority owner of any casino, particularly those in PAGCOR’s Entertainment City complex in Manila, where Universal’s Tiger Resorts owns a casino site. He said Universal has assured PAGCOR regulators that it would enter into an agreement with a Philippine company to become the majority shareholder in the project.

“The ball is in their court right now,” said Hernando.

Universal has apparently dropped the ball, as it was announced last month that negotiations with Philippine company Robinsons Land have failed, and Universal will be seeking another partner.

Foreign ownership of casino sites is limited to 40 percent of the equity, and Universal (through its U.S. subsidiary Aruze USA) currently owns 64 percent of Tiger Resorts. Hernando says Universal must act soon.

“The solution is entirely up to them,” he told Reuters. “As long as there is an apparent breach of the constitutional limitation on land ownership, we cannot allow the casino to open; that’s the extent of our regulatory mandate.”