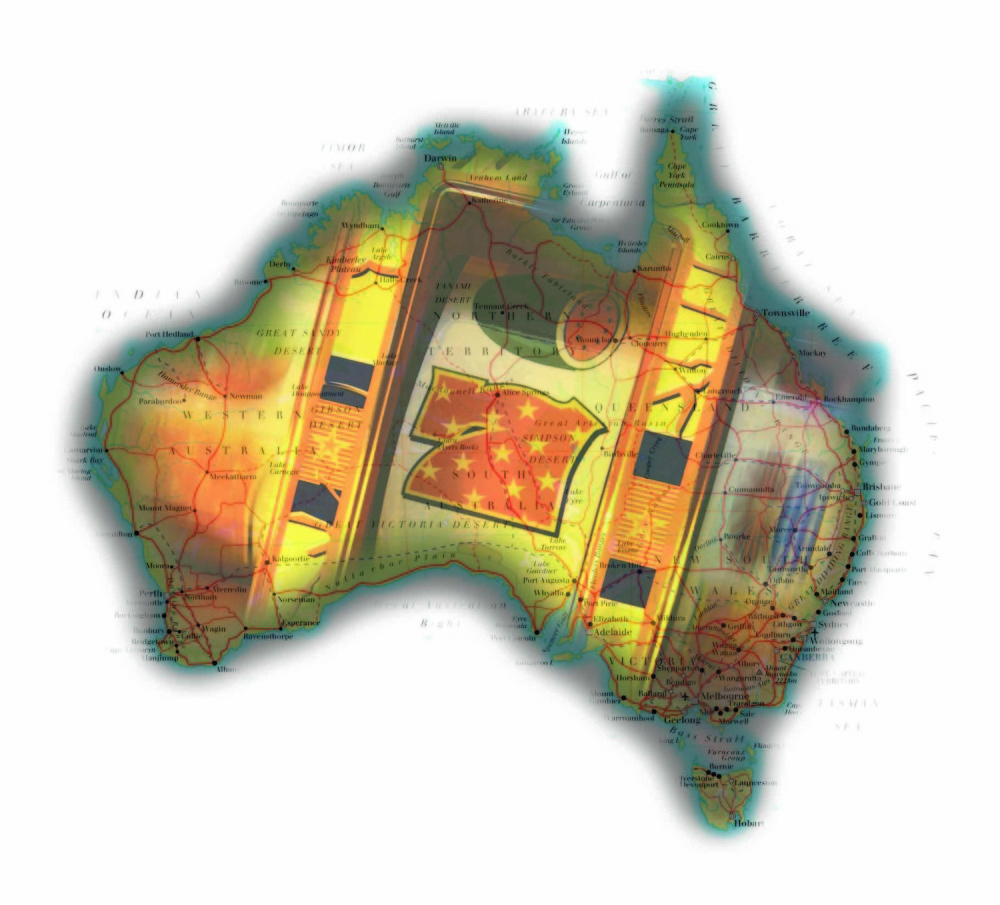 The Australian government’s report on gambling is out, and that’s not good news for the country’s massive club industry.

The 2010 Productivity Commission Inquiry Report is a huge, two-volume, 1,110-page report on gambling created by the Australian government’s all too aptly/ironically named Productivity Commission. The finished version was released to the public at the end of June. The work, which began in November 2008 and was completed in February, is an update on the original 1999 report on gambling.

The sheer amount of information presented is as comprehensive as one might expect. However, the Australian clubs industry, which is the nation’s largest operator of electronic gaming machines—“pokies” to Australians, “slots” to others—disputes the accuracy of many of the facts and figures cited by the commission. It is perhaps no surprise to learn that the impact of the majority of the report’s recommended changes would be felt most by the clubs.

In its information-gathering phase, the commission received a total of 421 public submissions, plus a number of confidential submissions containing either personal experiences or material considered commercially sensitive. A broad range of individuals, organizations and companies contributed their input, which enabled commission members to get an idea of the key issues involved.

Following release of a draft report in October 2009, public hearings to discuss the work-in-progress were held in cities around the country. Even the government’s Youth Forum website hosted a “gambling ideas board” which resulted in its own report being submitted to the Commission.

Gaming is big in Australia. For fiscal year 2008-09, revenue from gaming was over A$19 billion—US$16.5 billion at today’s exchange rates. There were 13 full casinos, 5,700 clubs, pubs and hotels with electronic gaming machines, 4,500 betting points and 4,700 lottery outlets.

Electronic gaming machines—EGMs—produce the largest share of gaming revenue.  A total of 198,300 EGMs were in operation in 2009, almost half of them in the state of New South Wales. Casino slots contributed about A$1.4 billion in revenue, but EGMs in non-casino venues accounted for A$10.5 billion. Average revenue produced per machine overall was A$59,700.

Gambling is regulated per state, and state taxes from all gambling totalled A$5 billion in 2008-09. That was an average of 10 percent of all state tax revenue collected in the period. In Victoria, gambling provided 13 percent of all tax collected. In Western Australia, which has only 1,750 EGMs, gambling taxes were only 4 percent of the total tax revenue collected. It is the states’ dependence on gambling that makes the issue so difficult, in light of the issue of problem gambling—which is the primary focus of the report.

The commission report claims that the risks associated with playing EGMs are higher than with other forms of gambling. EGMs account for 62 percent of the total gaming expenditure in Australia, compared with 15 percent for sports and horse-race wagering and 7 percent for table games. The risks are said to increase significantly with the frequency of play, and the commission estimates that 15 percent of those who play EGMs at least weekly are problem gamblers. Another 15 percent of EGM players are classified as being at “moderate risk.”

The report blames EGMs for 75 percent to 80 percent of all problem gamblers and says that the machines pose “significant problems” for consumers in general, partly because they are so accessible. Those playing at least once a week are estimated to spend on average between A$7,000 and A$8,000 per year. So-called “conditioning effects” that encourage the player to continue with a session are created by the random and intermittent payouts and rapid repetition of games.

Additionally, the true price of playing EGMs is said to be not evident, and the fact that machines do not issue receipts adds to the tendency for players to underestimate their spend. As a case in point, when the Australian Bureau of Statistics asked people to estimate their EGM losses, the total added up to about 3 percent of the actual amount.

Subjective Perception
In fact, it is just this kind of subjective perception, combined with a wide variety of methodologies in use, that leads ClubsAustralia CEO Anthony Ball to question the commission’s findings.

“The report definitely overplays the prevalence rates of problem gambling,” says Ball, who heads the industry association. “In particular, the commission’s finding that around 40 percent of gaming machine revenue comes from problem gamblers just does not add up. The report unfortunately relied on gamblers’ recollection of spend, analyzed a limited number of problem gamblers and applied Victorian state data nationally, which completely undermined its findings on problem gambling.”

To determine who is and isn’t a problem gambler, the commission reports that most modern surveys employ the Canadian Problem Gambling Index, which assesses risks based on the frequency and breadth of the problems experienced by gamblers. The respondents are asked to rate the frequency with which they experienced nine specific behaviors or attitudes in the course of the past year.

But such a method begs the question: If gamblers can only recall losing 3 percent of the money they actually lost, something easily quantifiable, how confident can a researcher be when it comes to responses to questions like “Have you bet more than you could really afford to lose?” or “Has gambling caused you any health problems, including stress or anxiety?”

In any event, the commission’s report presents a number of detailed recommendations, particularly for “harm minimization measures” specifically for the EGM sector. The report is realistic in its suggestions, pointing out that while some measures lend themselves to easy implementation at relatively low cost, others will require cooperation and coordination among jurisdictions and a lengthy timeline due to costs and technological considerations.

The upgrading of communications protocols is one area that will require more time. At present in Australia, there are six different protocols in operation. Over the next six years, the report recommends, each jurisdiction should upgrade its monitoring systems to implement two-way communications capacity. The report lays out a 10-year timeline for full changeover to the new technology.

Another area of concern is easy access to cash inside the gaming venue. The report admits that causality is hard to prove, but claims that problem gamblers use ATMs and other immediate cash devices far more than recreational players, and even says that problem gamblers would prefer to see ATMs banned from the location. At least, the report says, cash withdrawals at such dispensers should be limited to A$250.

One of the key recommendations for harm minimization is to give players the ability to “pre-commit” to an amount they are willing to spend or the duration of a gaming session. During one trial in South Australia, 2 percent of a venue’s loyalty card holders participated, making extensive use of pre-commitment options such as time and spend.

Although not a full pre-commitment system, spending by patrons with a sufficiently long history of playing showed a 25 percent reduction in daily turnover from the three months before the trial to the period after. The six highest spenders in the pre-trial period, who accounted for 40 percent of total turnover among the 94 people in the sample, spent 50 percent less during the trial.

One of the more extreme recommendations from the commission is to limit the size of the stake to A$1 per game, and the amount that can be loaded into a machine to A$20. The report states that “the maximum bet needs to be low enough to constrain the spend rate of problem gamblers, but not so low as to adversely affect recreational gamblers.” If an EGM returns 90 percent, given a game cycle of 5.5 seconds, the report concludes that reducing the maximum stake from A$10 to A$1 will lower the cost per hour of play from A$654 to A$65. Ball is less sanguine about this recommendation.

“Our research indicates that if these suggested changes were to take effect, we would see a 30 percent downturn in revenue for clubs, which would devastate the clubs industry, as clubs would not have the revenue to build upon and maintain our impressive membership levels,” he says. “In New South Wales, our biggest state, such a decline would see the loss of 11,500 jobs and A$2 billion in revenue per year in the short term. It is debatable as to how much casinos would gain if the club gaming model was impacted by government legislation, but clearly, people could turn to other entertainment options in the absence of a strong club industry.”

The government has already come out against the report’s recommendation to liberalize the online gaming industry. However, that point of view was announced before the new prime minister, Julia Gillard, replaced party cohort Kevin Rudd in late June.

From the clubs industry viewpoint, the ascent of Gillard is seen as a plus. Says Ball, “The new prime minister, unlike the previous one, has visited many clubs and has regularly expressed her strong support for the role clubs play within the community. She has given no indication that she would seek to politicize the issue of problem gambling.”

With a new parliamentary election scheduled for August 21, Gillard’s Labour Party is expected to hold onto the government, something that seemed out of the question until she was named to replace the unpopular Rudd. Ball does not think she will be hurt by her supposed friendliness toward clubs, but is not overly concerned whichever way things turn out.

“I am of the belief problem gambling will not be an issue at the upcoming election,” says Ball. “Traditionally, Australian elections are contested on issues like education, health and the economy. Given the support for clubs from both major political parties, we also do not anticipate any change in the current policy towards club gaming at the national level.”