The plan sounds counter intuitive, but a number of lawmakers and developers say adding casinos in North Jersey could be a lifeline for Atlantic City. 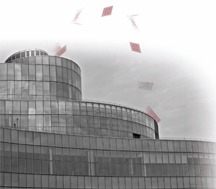 When you go to Atlantic City, you can’t miss the former Revel casino. By day, the shimmering blue-glass tower topped by a distinctive “pearl” dominates the skyline. By night, Revel—dark since it closed last summer—is visible only because of aircraft warning lights that blink around its perimeter.

Less than three years ago, the ultra-modern resort was touted as Atlantic City’s savior, a glitzy new attraction that would recapture visitors who had defected to casinos in neighboring states. Linda M. Kassekert, then-chairwoman of the New Jersey Casino Control Commission, called Revel “the start of an exciting new era for Atlantic City.”

Kassekert was right—but for all the wrong reasons. The resort was unlucky from the start. Conceived at the height of the economic boom and built—after many false starts—in the depths of the recession, Revel never turned a profit.  A year after it opened, it filed for bankruptcy, and 14 months later, it filed again. On September 2, 2014, it finally staggered to a close, putting more than 3,000 people out of work.

Since then, the abandoned monolith, built on 20 acres in a bleak neighborhood known as the South Inlet, has gone begging for buyers, most notably Florida businessman Glenn Straub, who initially proclaimed he would turn it into a “school for geniuses” who are “free, white and over 21.”

Just last month, the owners of Revel cancelled a sale to Straub, who missed a deadline because of a court ruling in a suit by former Revel tenants that would allow them to stay operating on the property under Straub’s ownership.

Attorneys for Straub contend that the Revel owners told them that there were multiple offers to buy the property. More legal wrangling is assured.

In 2006, when Pennsylvania legalized casino gaming, Jersey casino executives said such “slots in a box” would never steal gamblers away from Atlantic City. They could not have been more mistaken. Pennsylvania’s success—it would go on to surpass Atlantic City as the nation’s second-largest gaming market after Las Vegas—prompted other states to look at casinos as job-creators and tax-generators. As gaming halls cropped up across the Northeast, Atlantic City lost fully half its value, with revenues plunging from $5.2 billion in 2006 to $2.74 billion last year.

With Atlantic City in turmoil, New Jersey state legislators are openly saying what some have whispered for years: It’s time to legalize one or more casinos in the northern part of the state to bring the action back home. Advocates of the plan say the move could help Atlantic City by redirecting revenues here, just as Atlantic City gaming revenues once were used to help redevelop parts of North Jersey.

Guardian has heard the pitch, but says the numbers don’t add up in Atlantic City’s favor.

“Casinos at the Meadowlands or in Jersey City very well could bring in $1 billion a year in gross gaming revenue,” says Guardian, “but probably around 60 percent of that would come straight from Atlantic City. Sixty percent is $600 million—that’s the equivalent of one or two of our smaller casinos.” (According to Guardian, an additional 20 percent of the business would come from New York state and the Poconos, and 20 percent would be “new money.”)

Along with lost gaming revenues, casinos up north could mean the loss of thousands of additional jobs down south—not just casino jobs, but jobs at spas, restaurants, hotels and ancillary businesses in a region that already has an unemployment rate of 11.4 percent.

And then there is the tax base, which has taken a big hit with the loss of four casinos (a fifth, the bankrupt Trump Taj Mahal, barely averted a pre-Christmas shutdown due to a last-minute loan from lender Carl Icahn).

“They’re saying $100 million or $200 million (per year) will come back to Atlantic City for economic development or the expansion of flights to our airport,” says Guardian. “But first you have to realize you may be taking away $50 million or $100 million in property taxes,” as well as state income taxes as more people get pink-slipped.

‘Don’t Kick Us When We’re Down’

Guardian agrees the city can no longer depend for its survival on a shrinking casino industry. But he says the market needs time to bring in new commerce before any new casinos open in the north. And despite the freefall in Atlantic City’s economy, there have been some heartening signs of progress: a major expansion of the successful Tanger Outlet district; a local university preparing to turn the old Showboat casino into a satellite campus; and noted Philadelphia developer Bart Blatstein’s plans to revamp the struggling Pier Shops at Caesars.

“We just need to get there without being crushed by additional competition, especially from our own state,” says Guardian.

“Any notion there will be any benefits flowing back to Atlantic County from a North Jersey casino is fiction,” Brown argues. “In a competitive and contracting gaming market, can a glorified slot parlor generate enough income to satisfy all of these promises?”

While casino plans have been floated by hopeful lawmakers in Secaucus, Weehauken, Camden, Newark and elsewhere, one of the strongest proposals?in Jersey City, across the Hudson River from New York,?is far more than a slot parlor.

The $4.6 billion resort proposed by Reebok founder Paul Fireman would be developed adjacent to Fireman’s Liberty National Golf Course, along New Jersey’s so-called Gold Coast, which has a prime view of the New York City skyline.

“Whoever sees his proposal just goes, ‘Wow,’” says state Senator Ray Lesniak, a longtime supporter of new casinos in the state. “This will put North Jersey on the worldwide map. It would be a huge attraction that would compete with Macau as a destination.”

Getting to the casino from New York would be a snap, says Lesniak: Fireman plans a fleet of high-speed boats that could transport people from Manhattan to the Jersey side “in a matter of minutes.”

As sponsor of the proposed constitutional amendment that would legalize new casinos in North Jersey, Lesniak says they are “the last chance” for Atlantic City.

“Right now, they’re reshuffling the chairs on the Titanic down there. Atlantic City needs a major infusion of capital, and nothing else can generate the (necessary) billions like this type of investment.”

The legislation, which could be on the ballot as early as November, would include a surcharge on revenues that would be funneled directly to Atlantic City for reinvestment, he says. Over 10 years, that could amount to up to $4 billion to “transform Atlantic City into a year-round resort.”

Another frequently mentioned proposal calls for the addition of slots and table games at the Meadowlands in East Rutherford. Racetrack owner Jeff Gural, who acquired the property in 2011 and recently completed a new $80 million grandstand, has said he wouldn’t have bought the track if he didn’t believe a casino would eventually be built there. In fact, a clause in his lease with the New Jersey Sports and Exposition Authority gives Gural a $100 million settlement if he doesn’t get a license. In 2013, Hard Rock International signed a long-term agreement with Meadowlands Racetrack LLC to explore “projected future developments” at the track.

Gural, who just lost his bid to develop a casino at his Tioga Downs Racetrack in New York’s Southern Tier, says getting a casino at the Meadowlands would more than make up for that defeat. And he insists the plan is a winner both for the state and for Atlantic City.

“Right now, all we’re looking to do is recapture all the money that’s leaving New Jersey and going to casinos in Bethlehem, Mount Airy, Aqueduct and Yonkers,” says Gural. “The vast majority of the customers in New Jersey are not going to Atlantic City anyway.”

By paying a higher tax rate than casinos in South Jersey (“We previously agreed we would pay the Pennsylvania rate,” says Gural, north of 50 percent), a Meadowlands casino could generate $400 million to $500 million for the state, “which is at least double what the existing casinos combined pay now,” he says.

“We’re in holding pattern waiting for a solution to keep Atlantic City from defaulting on their debt,” says Gural. “I think that’s the most important thing to the legislature.”

Economists Ellen Mutari and Deborah M. Figart, both professors at the Richard Stockton College of New Jersey, are astounded that anyone would propose new casinos in New Jersey or anywhere else in the Northeast, given the current market oversupply.

“You just can’t continue to grow the gaming pie and still have enough gross gaming revenue for everyone to earn a healthy rate of return and for states to get the revenue they need,” says Figart, co-author with Mutari of the new book Just One More Hand: Life in the Casino Economy. “There’s so much market saturation already, with Pennsylvania, Delaware, New York, and what’s going to happen in Massachusetts. I can’t believe we’re talking about gaming in North Jersey this late in the game.”

“It’s a zero-sum game at this point,” says Mutari. “Whenever municipalities buy into the argument that a casino will create tax revenues, the big operators, which are essentially oligarchies, wind up bidding on the project just to prevent a competitor from stealing some of their existing market share. By now they’re fighting over crumbs.”

For Atlantic City to endure and reinvent itself once again, Mutari says, it needs to shift away from an export economy, which relies on revenues generated by visitors.

“Regardless of whether there’s casino gaming in North Jersey—and I think there probably will be—it is so important that Atlantic City diversify its economy. Diversified local economies have higher growth rates and can withstand the ups and downs in the business cycle. You can’t put all your eggs in one basket.”

In 2010, Governor Chris Christie gave Atlantic City five years to turn around its flagging casino industry before he would consider gaming elsewhere in the state. The turnaround hasn’t happened, and in a controversial move last month, Christie appointed an emergency manager to take over day-to-day operations in the city. Also in January, Moody’s Investors Service downgraded the city’s credit rating to Baa2, just two levels above junk-bond status, though Standard & Poors continues to give Atlantic City an A-minus rating.

The drumbeat outside the city has been grim. In a 2014 report on the nationwide gaming industry, the Los Angeles Times called the downfall of Atlantic City “implacably, relentlessly horrific,” and a cautionary tale for the industry at large. And in a 2014 story about the Revel closure, the Philadelphia Inquirer called the neighborhood around the multibillion-dollar tower “no man’s land.”

Senator Jim Whelan, the former mayor of Atlantic City who now serves the region in the state legislature, does not support the plan to bring casinos to North Jersey. “But I do think there’s an inevitability of this going on the ballot at some point, whether it’s in 2015 or subsequent years,” says Whelan. “What we need to do now is look at it as if it’s going to happen. That means making sure what protections and what cooperation there could be to ensure it’s not a death knell for Atlantic City.”

In January, the relentlessly optimistic Guardian looked on the bright side, telling NJ.com, “At least we’re not Detroit.”