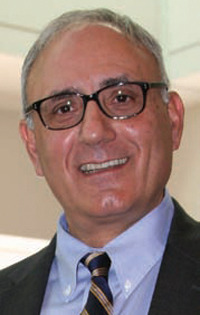 The Casino Reinvestment Development Authority was set up in 1984 to bring some of the benefits of the casino industry directly to Atlantic City, which had no access to any revenue except for property taxes. The additional 1.25 percent gross gaming revenue “investment” was supposed to be dedicated to Atlantic City, but in reality went to other parts of New Jersey in addition to Atlantic City. In time, the agency became a political plum.

No more. With Governor Chris Christie’s commitment to improving Atlantic City, the CRDA was given complete authority over the city’s tourism district, as well as several other organizations, including the Atlantic City Convention & Visitors Authority.

The man put in charge of the CRDA is an outsider with no ties to the city (although he did grow up in New Jersey). John Palmieri spent a career in urban redevelopment, taking charge in Boston, Providence, Rhode Island and Charlotte, North Carolina.

Palmieri’s first order of business is developing a master plan for the tourism district. The CRDA has hired a firm to develop the plan, and then Palmieri will go to work.

“We’re going to identify the low-hanging fruit and go after that first,” he says. “I’ve told our consultants that we have to focus on what we can do realistically in the next year or two. We want to hit the ground running.”

While Palmieri has only been in office a few months, he understands the basic need to reposition the city.

“Obviously, we want to create a destination that goes beyond gaming,” he says. “We want to do things that will create jobs outside the casino sector.”

A group called the Atlantic City Alliance, an organization of casino companies that will be funded with the $30 million that will no longer go to the state racetracks, will be responsible for marketing the city. Palmieri says he’s already established good relationships with its new CEO Liza Cartmell.

“By spending $30 million a year over the next five years through advertising and public relations efforts, together we are going to create some momentum,” he says.

Part of Christie’s vision for Atlantic City was the creation of different districts—arts, entertainment, shopping. Palmieri says that is a key goal of his organization.

“The biggest assets that we have are the Boardwalk and the ocean,” he says. “We want to create corridors to the water that will feature good pedestrian links, nice retail, enhanced security and more. That will involve discussions with the private sector, which have already begun. It’s part of the overall plan.”

Although Atlantic City Mayor Lorenzo Langford has expressed aggravation at losing control over the tourism district, Palmieri is confident that he can work with the city.

“This thing isn’t going to work if we’re not in sync,” he says. “The mayor and I are not children. We know there will be disagreements. But I want him to understand that I’ll do everything I can to make the relationship work.”