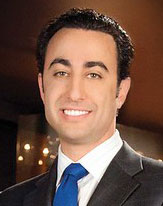 In her new role, Shriver will have primary responsibility for the operation of the newly expanded Monarch Casino Resort Spa in Black Hawk, Colorado. Shriver has been a consultant to the company since April.

John Farahi, Monarch’s co-chairman and CEO, said, “On behalf of the board and our entire team, I want to thank David for his 14 years of significant contributions to Monarch, including nine years as chief operating officer. We appreciate David’s commitment and tireless efforts in managing operations during the construction and expansion of our resort in Black Hawk, Colorado, while also leading our Reno operations.”

Of Shriver’s appointment, the CEO said, “Michelle has a track record of approximately 20 years in the gaming and hospitality industry. She has extensive experience developing a corporate strategy aimed at maximizing revenues and achieving market leadership. As a member of the executive management team of Ameristar Casinos, she was responsible for the operations of all eight of their regional casino resorts.”