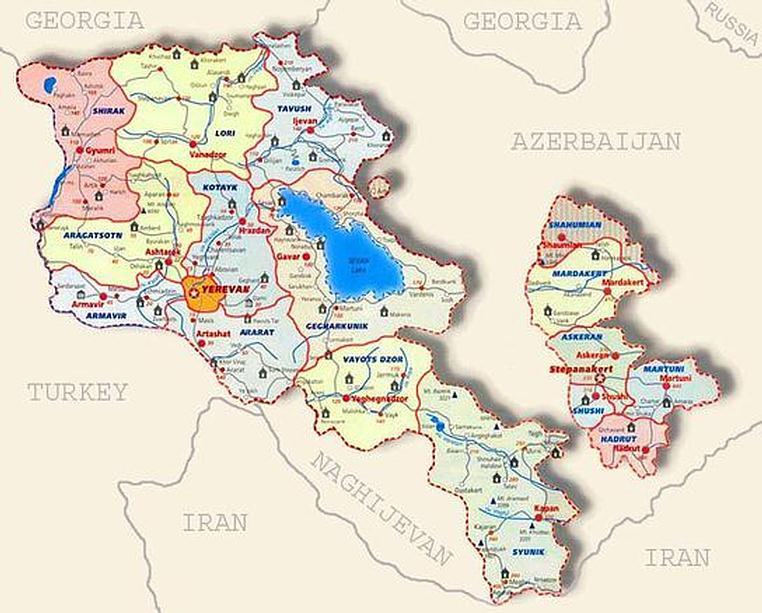 The Republic of Armenia is in the process of tightening up its casino and slot hall industry.

The legislature passed the Republic of Armenia Concept on Regulation and Control of the Gambling Business Sector on April 1. The law will eventually result in more reporting obligations by operators as well as in higher fees, and is expected to favor larger companies.

Local news source Tert reports that the nation’s 11 casinos and 103 slot halls are being moved out of the major cities and into three large resort towns. These are: Sevan, a lake resort 75 kilometers northeast of the capital, Yerevan; Tsaghkadzor, a ski and mountain recreation area 60 kilometers northeast of Yerevan; and Jermuk, a renowned spa center 170 miles southeast of Yerevan.

Armenia, with a total population around 3 million, is bordered by Turkey and Iran, with populations of 76 million and 66 million respectively. It is thought the gaming businesses will benefit from tourism from these countries.

Along with the location changes, the finance ministry plans to implement new regulations to counter potential money laundering, criminal activities and financing of terrorism. The regulations are being developed based on work by the international Financial Action Task Force.

“Larger companies in this sector are more disciplined and have control systems, separate subdivisions to fight against money laundering and financing of terrorism,” said Aramyan. “Smaller companies are less disciplined, more negligent, and that is conditioned by their abilities.”

Gaming currently provides the Armenian treasury with some AMD4 billion a year-about $10 million.