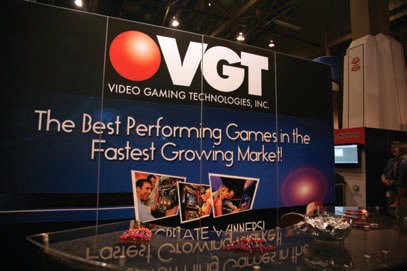 In reaction to a year of mega-mergers and partnership deals marking a consolidation trend in the slot supply sector, Australian slot machine giant Aristocrat Leisure, Ltd. is stepping up its competitive position.

Faced with competition including new behemoths Scientific Games, which has incorporated WMS, the recent big buy of IGT by GTECH (see page 56), and Bally Technologies, which has absorbed SHFL entertainment—and tuck-in acquisitions by several competitors seeking to create diverse product libraries and multi-channel capabilities—Aristocrat is aggressively making deals to diversify and improve its product lineup.

First, the company is making major moves to improve its Oasis 360 casino management system, which has been named the most widely used CMS in consecutive Goldman Sachs surveys. Two weeks ago, the company announced its plan to acquire Paltronics, Inc., which has been a partner to the slot-maker in deploying its linked progressive controllers to run Aristocrat’s successful wide-area networks such as Hyperlink.

Aristocrat’s aggressive self-improvement campaign culminated with perhaps its most bold action yet designed to achieve CEO and Managing Director Jamie Odell’s long-stated goal of increasing recurring revenue from leased games. Aristocrat announced that it has agreed to acquire Tennessee-based Class II supplier Video Gaming Technologies for $1.28 billion in an all-cash deal the slot-maker says will give it operational revenue to fuel further expansion around the world.

Privately owned VGT is one of the leading suppliers of games for Class II Indian casinos in North America, dealing exclusively in leased machines and systems for a solid base of recurring revenue. The supplier currently has an installed base of approximately 20,200 leased machines and 610 employees.