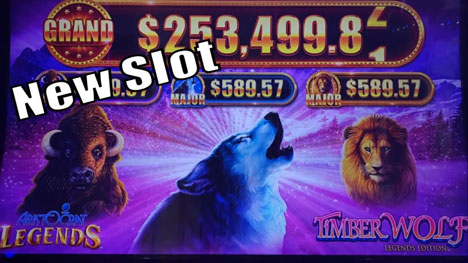 Aristocrat Gaming has placed three of its most popular brands—Buffalo, Timber Wolf and 50 Lions—in Aristocrat Legends, a new version of its Wonder 4 offering. Wonder 4 allows players to select any or all titles in a game menu to play simultaneously in four separate reel arrays.

The three player-favorite titles are offered with a common metamorphic jackpot engagement, in which each game has its own persistent collection of coins for added player engagement.

The game is featured on the dual-screen Edge-X cabinet, in denominations ranging from pennies to 10 cents.