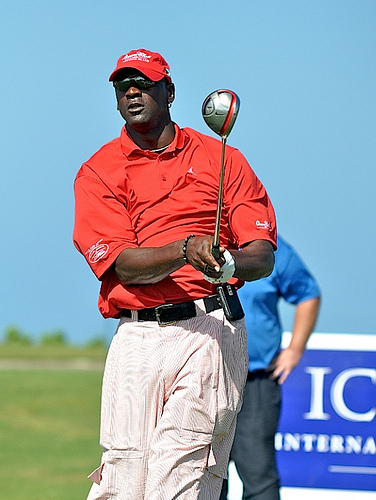 Aria Resort & Casino announced last week it will host the 10th Annual Michael Jordan Celebrity Invitational from March 30 to April 3, 2011 at Shadow Creek in Las Vegas. This is Shadow Creek’s first year holding the MJCI. Over the past ten years, the event has raised over million for charity and has grown into one of the biggest celebrity golf events.

“Michael has been a long-time friend of the MGM Resorts International family and we are privileged that he and his team will partner with Aria and Shadow Creek for this sensational weekend,” Bill McBeath, Aria’s president and chief operating officer, said in a press release. “The event is not only about celebrities and golf, but more importantly, the tremendous effort set forth by the participants in raising funds for select charities nationwide. We share Michael’s philanthropic commitment and look forward to creating an extraordinary event for all involved.”

The four-day event has also become known for the extravagant parties that fill in the hours not spent on the course. The MJCI begins Wednesday with a kick-off reception by Jordon Brand and the event closes in the same celebratory atmosphere at the MJCI Celebration on Friday. The charity tournament has been known to draw names like Mark Wahlberg, Samuel L. Jackson, Wayne Gretzky, Don Cheadle, and more.