Is it a consumer-protection measure or a monopolistic power play? Here’s how the technology giant is big-footing gaming operators. 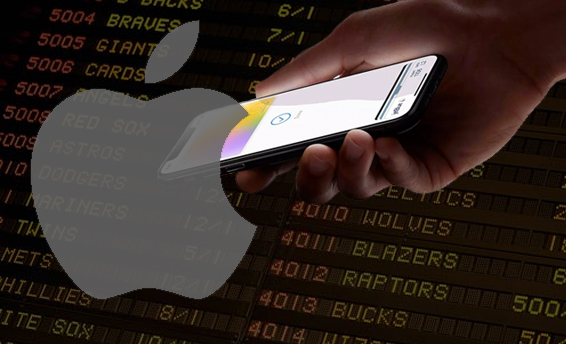 Pennsylvania gamblers first became aware of the Apple-online gaming controversy in May, when SugarHouse.com in Philadelphia deployed its online platform and iPhone users couldn’t get in on the games.

For reasons that are still not fully clear, Apple has decreed that its App Store will no longer offer any app that “provides access to real-money gaming, lotteries or charitable donation.” According to the order handed down from Silicon Valley, “This functionality is only appropriate for code that’s embedded in the binary and can be reviewed by Apple”— i.e., not the standard HTML5 format.

It’s Greek to a lot of people, but the issue is pretty straightforward: Apple won’t offer mobile gaming apps in its ubiquitous online marketplace unless providers hurry up and rewrite their code to match iOS native code. New providers in breaking markets like Pennsylvania will be completely shut out. And without a speedy solution, current providers will be out the door in a month.

Coincidentally or not, Apple’s decision was first handed down in August 2018, shortly after New Jersey took its first online sports bets. The decision constitutes a big roadblock for online gaming providers and a good portion of their customers.

According to Statista.com, in March, 52.1 percent of U.S. smartphone subscribers used Google Android devices, with Apple a close second at 47 percent. By simple reckoning, that means almost half of potential online casino players will be barred from participating in iGaming, at least on their most frequently used devices, until someone comes up with an answer.

Kent Young, founder and CEO of Spin Games, with U.S. headquarters in Reno, Nevada, says Apple could be motivated by several things: worries about the ever-wobbly Wire Act; “the whole commercial aspect,” as the company derives no revenue from iGaming; and concerns about illicit transactions, unregulated markets and underage players.

Whether its motives are benevolent, mercenary or a little bit of both, the corporate giant has handed a big headache to gaming operators and their partners. “In North America, virtually everybody has developed their products in HTML5, which would now need to be rewritten,” says Young. “There are over 600 games just in New Jersey, so it would be a significant tech-stack change in direction. There are still a lot of unanswered questions about whether it can be done at this point.”

Plus, any reconfiguration of the products would be subject to regulatory review and approval, which would complicate matters and stretch the timeline even more. At a July meeting of the Association of Gaming Equipment Manufacturers, AGEM leaders decided to “retain outside counsel to investigate the appeal process with Apple, (with) the possibility of initially asking for an extension to the deadline and a direct meeting.”

At that meeting, David Lucchese, executive vice president of digital and interactive business at Everi, suggested contacting the American Gaming Association to “gauge its plans and possibly partner on a response.” Giving the industry yet another “yikes” moment, at the meeting it was further noted that “Google and its Android system may follow Apple’s lead, but nothing has been announced so far.”

This is not just a problem for U.S. or North American operators and manufacturers, of course. It’s global.

Reports conflict about Apple’s requirements and the industry’s options. According to a June 3 post on PlayPennsylvania.com, the conversion to a native iOS code for sports betting may be easier to effect because the online books are still in development.

“If they are standalone programs, moving to a native iOS code won’t be excessively difficult,” wrote columnist Bart Shirley. “With any luck, most of the app developers in soon-to-open states will have had the foresight to develop the sports book independently.”

But a July 7 article on CrossingBroad.com seemed to contradict that, saying Apple is “further complicating matters by requiring casinos to offer their online casino and sports book in the same app.” And that 50-50 iOS-Android split aside, the Philly news site noted that about 67 percent of its readers, “mostly young male sports fans in Philly,” use Apple devices. That means a lot of frustrated consumers in a U.S. market that could soon go coast to coast.

Andrey Kuznetsov, CEO of European gaming operator KamaGames, is confident a solution will emerge, and possibly soon. “It’s safe to say we’re not overly shocked by the move… On the development side of things, it shouldn’t be an overly complicated requirement to implement.” He added that there are “clear downsides, most notably the added inconvenience” for users.

“We know that the experience for the user will be messy and complicated,” Kuznetsov says. “Unfortunately, Apple hasn’t shown any signs of making this process any more straightforward, instead leaving the ironing out of these details to developers.”

One workaround could be bypassing the App Store and allowing players to access iGaming through their browsers. Lindsay Slader is vice president of regulatory affairs at GeoComply, a leader in geolocation compliance solutions. As she notes, each extra step a consumer must take to gamble online increases the possibility that he or she will throw in the towel and opt out completely.

“Think about the journey the player has to take,” Slader says. “If I’ve never placed a sports bet in New Jersey before, I need to pick which website I want to try; I need to set up an account; I need to go through the KYC process to verify my identity and age. I also need to deposit money into the account, and given some banks don’t process payments related to internet sports betting, there can be challenges for the user there as well. Geolocation then follows—still prior to bet placement. Given these steps required pre-bet, any extra friction point in this overall journey can affect the business funnel.”

Young says he’s hopeful that there will be “a somewhat seamless transfer from using an app to using a web-based solution. For example, if you go on Google and put in www.harryscasino.com, the casino will pop up and play as if you were playing on the app. The challenge there is that existing players are used to getting the app and they won’t be able to do that anymore. This is definitely going to impact the player experience.”

A web-based portal is “not perfect, and I don’t want to underestimate the issue,” Young continues. “But I think the industry is coming together to devise a solution that hopefully will suffice in the short term, until we come up with an answer to what we can and can’t do.”

Apple is starting to feel the pushback for its seemingly monopolistic practices, including assessing a 30 percent commission on developers in the App Store. Even retail T. rex Amazon has accused Apple of overreaching. Last fall, the U.S. Supreme Court ruled that a suit against Apple may proceed; in it, iPhone users upset by high app prices say Apple does business like a cartel, maintaining high prices and squashing competition.

Apple defended the App Store, saying, it is “not a monopoly by any metric. We’re proud to have created the safest, most secure and trusted platform for customers and a great business opportunity for all developers around the world.”

The lawsuit may not have direct implications for the iGaming issue, and until the matter is resolved, gaming operators around the globe will have a front-burner problem that could squeeze the online gaming and mobile sports betting industries just as they’re catching on.

“There are a lot of technical challenges that go into rebuilding a new user experience, new webpages, and new functionality, and it all has to be approved by the regulator,” says GeoComply’s Slader. “That takes a lot of time—and September is really close. Everyone is feeling the pressure to develop a new product in a very short time frame.

“If the user experience is not going to be app-based, I think everyone is trying to figure out how they redesign it to ensure their business remains viable and accessible. That might mean everyone needs to go back to the drawing board.”