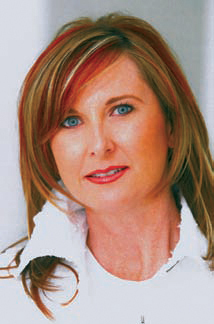 When Ann Fleming enrolled in her first architecture class at the University of Nevada, Las Vegas, the program was so new that she was the only student.

“It was good in that you got all the attention and efforts of the instructor,” she says. “But it was bad in that you certainly couldn’t slack off or not show up.” That wasn’t likely. A native Nevadan who had always been intrigued by art and design, Fleming found a foothold in gaming through that course, which led to a job with Atlandia Design, later Wynn Design and Development.

“I really grew up at Atlandia, in the Wynn world,” Fleming recalls, “and it was a fantastic place to be—bigger, better and bolder, with so much opportunity and energy. Roger Thomas, Karina Ashworth, Jane Radoff—they were all my mentors. It was the best education.”

Fleming was part of the design team when Steve Wynn built the first mega-resorts in Las Vegas, including the Mirage, Treasure Island and the Bellagio. The creation of such extravagant “fantasy worlds” informed her own aesthetic when, in 2000, Fleming and fellow Atlandian Ken Kulas launched their own firm, Cleo Design, based in Las Vegas.

Since then, the partners have developed a notable client list, including the Seminole Hard Rock in Hollywood and Tampa, Florida; the MGM Grand Detroit; Wynn Las Vegas; Luxor; Mandalay Bay; New York, New York; and CityCenter, where they worked on the Cirque du Soleil Theater. While Kulas is drawn more to the overarching spatial aspects of design, Fleming’s preferred role is to craft compelling interior spaces through artful applications of color, texture and rich finishes. Her goal is always to “grab the attention of the guest with something that’s dramatic, memorable, and creates anticipation. We only get one chance to capture the target audience and make them excited enough to visit time and time again.”

A case in point is the West End Casino at Crown Melbourne in Australia. The spectacular resort is characterized by vivid sculpted ceilings in gleaming stainless steel, polished chrome and burnished bronze, stunning steel walls and columns, sumptuous jewel-toned carpets, and at every turn, shimmering glass and refracted light that make the casino seem almost to vibrate with energy.

The contraction of gaming in many markets has caused both budgets and timelines to become tighter, Fleming observes. “Clients are very keen to maintain and grow their clientele and cannot afford any downtime. Even if the budget is a bit restrictive, we’ve learned very well to be creative within the parameters given to us. You definitely are pushed to the limit to be creative.”

Despite the global downturn, the partners see great opportunity in emerging jurisdictions. “Hospitality and gaming are so international,” Fleming says. “Not only do we get to design in Las Vegas, the capital of gaming, we have been privileged to participate in exciting projects across the world.”

The logical next stop is Asia, specifically Macau. “The culture is rich in history and the excitement of ‘new’ design is there,” Fleming says. “Being part of that hospitality gaming environment is really the next step in our evolution and growth.” As ever, Cleo Design is in the business of building dreamscapes, where what would otherwise be fantastic is the norm. “Because of the gaming aspect,” says Fleming, “anything is possible.”