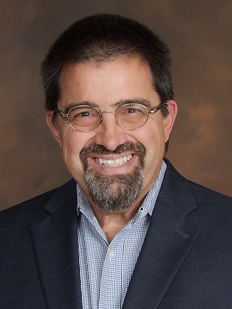 Anthony Cabot is one of the most effective gaming attorneys in the industry, so it was no surprise when he was named Distinguished Fellow in Gaming Law by the Boyd School of Law at the University of Nevada, Las Vegas upon his retirement. But you can’t keep a good man down, so he’s been able to promote the law school and recently was included in an announcement that Entain, the British iGaming provider, would launch an online gaming program for operators, regulators, lawyers and others who work in and around the global gaming industry. He spoke with GGB Publisher Roger Gros via Zoom from the law school in January. (View Video Below)

GGB: What does it feel like to be able to shape the next generation of gaming attorneys with this new program?

Anthony Cabot: It is actually quite a lot of fun because one of the great advantages of being at UNLV and particularly at the law school is that they bring in people from all over the world. So now I get the opportunity not only to deal with a lot of young students, but also a lot of people who have experience in gaming and regulation in countries throughout the world. So it’s been very rewarding.

How did the program come about? Was it Entain’s idea?

They told us that they were interested in helping us sponsor an executive education program. One of the things we always hear at our G2E booth from people from other jurisdictions is that they don’t have time to go back to law school and become a lawyer, but gaming law is really important to what they do. They could be compliance officers or internal audit officers or regulators. So we’re going to have a program that’s going to be for non-lawyers.

What are some of the classes you’re going to offer?

I will be teaching a class called Intro to Gaming Law, which is kind of an overview of how gaming law covers all sorts of topics—licensing, anti-money laundering, internal controls, technical standards, and many other things. But at the same time, the students can take a number of other classes.

Bill Buffalo, a longtime industry member, is teaching Gaming Operations in the Law. That will be more applicable to somebody who’s an executive and wants to learn more about how gaming law impacts operations. Katherine Rand and Steven Light, very well-known professors in the area of Indian gaming, are going to be teaching a class on Indian gaming law. And Alan Feldman and Dayvid Figler will be teaching a class on problem gambling and responsible gambling.

That’s our first four. We’ll probably end up with a total of about eight to 10.

What will be the format?

It’s all online. About 80 percent of it is pre-taped, so they can go through the lessons at their own pace, along with the materials to read, quizzes and things of that nature. And then about 20 percent of it will be online, so we can have interaction with the students.

You wrote an article for GGB in our January issue on responsible gaming programs in Nevada. For a state that depends so heavily on gaming revenue, you said it had become a big problem for state regulators. What has the response been so far to that article?

It’s interesting. I’ve actually gotten some response, but I haven’t heard anybody from Nevada specifically. But I’ve heard from regulators in other states who’ve told me this is worth talking about and that there’s a need for a different approach. They like the idea of having some carrots instead of going back to the old method where you punish people for not meeting certain standards.

One of the big problems is that the state is awful with regard to funding. They give a funding amount of about $1.5 million per year. For an industry that’s generating $12 billion a year that is very little money. We try to get the majority of that money into treatment, and that’s fine, but we don’t even understand the scale of the problem because we haven’t done any prevalence tests. Right. We don’t know where the needs exactly are in the communities that need these services. But the legislature has not responded.