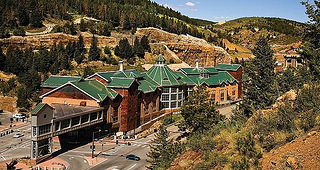 A pending deal between Reno’s Eldorado Resorts and MTR Gaming was thrown into doubt last month when a large shareholder in MTR proposed a counter offer. Jacobs Entertainment, which owns 18 percent of MTR’s stock, proposed a merger with MTR that would pay MTR shareholders .69 per share, compared with the Eldorado offer of .19 per share. The difference would mean an extra .6 million for the sellers.

“The higher per-share price results in a more favorable ownership position for MTR’s existing shareholders. Unlike the Eldorado proposal, the board would not be selling control of the company,” Jacobs wrote in a letter to MTR Gaming Group Inc.’s board of directors.

Jacobs Entertainment’s flagship casino is the Lodge Casino in Black Hawk, Colorado, where the company also owns the Gilpin casino. Jacobs also owns three small Gold Dust casinos in Nevada in Reno, Carson City and Elko, as well as Colonial Downs, the only racetrack in Virginia, and 22 truck stop casinos in Louisiana.