Malaysia's Genting has taken a stake in Echo Entertainment 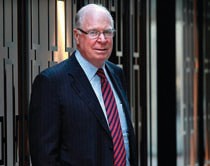 Echo Entertainment, owner of Sydney’s Star Casino, has been battling a takeover attempt from Australian billionaire James Packer and his Crown Casinos. Now, there’s another party heard from.

Malaysian gaming giant Genting bhd has bought a stake in Echo, adding to the speculation that the company is in play. The Genting Singapore subsidiary has spent $234 million for a 4.9 percent stake in Echo. Genting has also requested a waiver to increase its stake beyond the 5 percent maximum.

Echo holds the only gaming license for Sydney and runs the Star Casino there, which last year completed a $900 million refurbishment. The Star has been racked by a scandal involving executives and government officials, but no action has been taken outside of the sacking of some of the company executives.

Around that time, Packer requested a seat on the Echo board and the removal of Echo Chairman John Story.

Packer wants to replace Story with his own nominee, former Victoria Premier Jeff Kennett. The board, which is trying to block Packer’s hostile bid to take over Echo, said it would not be proper to grant a seat to a competitor. Packer owns Crown Limited, which operates Australia’s largest casino, the Crown in Melbourne.

“These moves by Crown should be viewed through the prism of its ardent desire to gain control of Echo’s valuable license without paying a premium to Echo shareholders,” Story said in a statement.

Packer accuses Story of poor management and claims the Star has consistently underperformed as a result. He’s also pointed to the recent scandal at the casino, which resulted in the firing of its managing director over allegations of sexual harassment, as evidence of poor leadership.

Soon after Packer’s statement, Story resigned under pressure from the board and Packer dropped his demand for a shareholders’ vote at a July 20 meeting.

The war between Crown and Echo, which also owns three casinos in Queensland, erupted in earnest after Crown doubled its stake in Echo to 10 percent in February and said it would seek government approval to raise it further.

Crown also owns the Burswood Casino in Perth and about one-third of Melco Crown Entertainment, which has fast-growing casinos in Macau. A full takeover of Echo by Crown would cost upwards of A$2.7 billion and likely would face scrutiny by Australia’s competition authorities.

The entry of Genting into the mix is bound to stir things up. With billions in excess cash due to the success of the Malaysian and Singapore casinos, the company has been aggressively eyeing expansion around the world, particularly in the U.S., where it operates Resorts World New York, a racino in the Queens borough of New York City. The company has bid for integrated resorts in Miami and New York City without success, but at much expense.