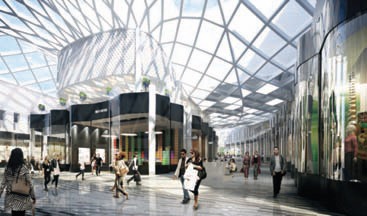 London-based Global Gaming Ventures has beat out Leeds United football club to win the bidding to develop the largest casino in Leeds.

City Council selected GGV after a year of study. In return, the company has agreed to pay the city £1 million up front for the license and a minimum of £450,000 per year for its duration.

The £130 million, 50,000-square-foot project will be located at a development called Victoria Gate in the city center. The casino will contain up to 150 machine games capped at maximum payouts of £4,000 each.

More than 200 jobs will be created, 90 of which must come from Leeds, according to the terms of the license.

Graham Hyde, chair of the licensing committee, said the competition for the license was fair and robust.

“Following a detailed consideration of each applicant’s proposal, the licensing committee decided to award the license to Global Gaming Ventures as it was determined that their proposal would bring greatest benefit to the city,” he said. “I would like to thank both applicants for the time and effort put into their proposals. We received two strong proposals which were both duly considered.

“Importantly, GGV has committed to provide significant funds for a council-run social inclusion fund and a range of measures that will help to ensure that any potential harmful effects are managed and mitigated against.

“With GGV committed to create at least 205 new jobs and providing significant payments for the council to establish a social inclusion fund, the award of the license will allow the council to invest in activities that support the city’s social and economic inclusion agenda.”

Opening is slated for some time in 2016.