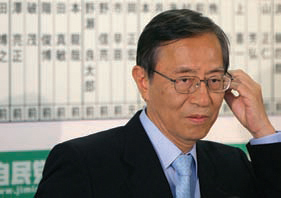 While there are still some doubts about whether gaming would pass the Japanese Diet, the first step was taken last month when a coalition of political parties submitted a bill. Hiroyuki Hosoda, the leader of the group, convinced the partner of the ruling Liberal Democratic Party, New Komeito, to approve the bill and get it into the legislative till.

Grant Govertson, head of Union Gaming Group’s Asian office, estimates that a Japanese gaming industry could produce gross gaming win in the neighborhood of $10 billion. Casinos are currently banned in Japan, even though pachinko gambling parlors are part of the Japanese culture. Betting on horse, boat and bicycle races are also permitted wagering in the country.

Keiichi Ishiisaid, the policy leader for New Komeito, says even though the party has approved the bill, it’s still uncertain if the bill will win the party’s support when the time comes to vote. He said the pros and cons of the bill will be considered. The ruling LDP, however, has a majority in the Diet’s lower house, and probably can sway enough opposition votes to get it passed in the upper house, even without the support of New Komeito.