The rules surrounding UIGEA are absent and useless 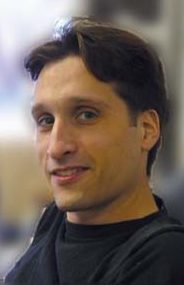 The prohibition of most forms of internet gambling in the United States has lopped off a massive portion of an industry that not long ago thrived in North America-an impressive feat considering that 19 months after enacting the Unlawful Internet Gambling Enforcement Act, the government has yet to implement Enforcement mechanisms.

Make no mistake, the UIGEA explicitly outlaws internet gambling (with a few exceptions), but Congress punted the task of rules for enforcement to the Federal Reserve and the Treasury. Following enactment in October 2006, the agencies were given 270 days to iron out rules through which banking institutions are to prevent payments for online gambling services and 350 days later put forth their draft rules for further consideration. This was followed by a two-month public comment period.

If one thing was clear after comments from over 200 parties, it was that the enforceability of the UIGEA was under intense scrutiny. Banks pointed out that enforcement is simply not within their capabilities. Compass Bank, for example, argued, “The proposed regulation fails because it requires a specific kind of functionality within the payment systems that simply does not exist,” adding that the issue cannot be resolved “in the foreseeable future.”

The North American Association of State & Provincial Lotteries, meanwhile, pointed out that the prohibition on payments for gambling could hurt organizations offering legal forms of internet gambling. “The proposed regulations,” NASPL stated in its submission, “fail to ensure that excluded transactions are not blocked.”

The majority of institutions commenting in support of the regulations expressed their satisfaction with its exemptions, which include certain payment systems like automated clearing house (ACH) systems; card systems (including credit, debit and pre-paid cards or stored value products); check collection systems; money transmitting businesses; and wire transfer systems.

These issues are not new, as detractors of prohibition voiced their doubts about enforceability for 10 years while Senator Jon Kyl, Rep. Robert Goodlatte and their colleagues pressed for a ban. Rep. Robert Wexler, who has proposed a bill to exempt games of skill (including poker) from the UIGEA, reiterated the long-running concern before the House Committee on the Judiciary in November. At that meeting, Wexler was highly critical of actions taken by the Department of Justice against internet gambling operators. “The beauty of the Department of Justice’s position as you enunciate it, which is ‘All forms of internet gambling are prohibited,’ means there’s no grey area: Shut it all down,” he said in response to U.S. Attorney Catherine Hanaway’s testimony on behalf of the Department of Justice. “So, when we see selective enforcement, that’s what suggests a very untoward result in some of our minds.”

Wexler isn’t alone in Washington. Rep. Barney Frank, an exceptionally vocal opponent of internet gambling prohibition over the years, responded to the UIGEA in April 2007 with the introduction of the Internet Gambling Regulation and Enforcement Act to regulate rather than ban online gambling. The legislation hasn’t seen any action for several months, but Frank has expressed intentions of pushing forward in 2008. In the meantime, he is championing a bill that would prohibit the Treasury and Federal Reserve from “proposing, prescribing or implementing” regulations under the UIGEA-a prohibition of prohibition, if you will.

Policy-makers are considering regulatory measures on the state level as well, with an emphasis on poker, which has a growing lobbying presence via the Poker Players Alliance. The most notable effort on the state level came pre-UIGEA in the form of a bill to legalize internet poker in North Dakota. That campaign withered in 2005, but the spirit was invoked in April 2008 through a similar bill in California, where terrestrial poker rooms have much at stake.

A parallel movement could gain traction in the U.S. lottery industry, where everyone is waiting for the “other guy” to take the plunge first. Georgia (sort of) led the way as the first state to take a crack at an internet lottery regulatory bill with multiple legislative efforts, but the real potential for action could come through privatization. A handful of state governments are considering selling their lotteries to private companies, and it is likely that private operators will much more aggressively seek permission to conduct sales over the internet.

In case they need further motivation, a recent analysis conducted by Pricewaterhouse-Coopers estimates that regulating internet gambling would generate about $3.1 billion and $15.2 billion in federal revenues during its first five years and about $8.7 billion and $42.8 billion over its first 10 years.

All this begs the question: What will come first, the implementation of UIGEA enforcement mechanisms or a series of bills that virtually make the UIGEA obsolete?

Testimony from the Federal Reserve and the Treasury during a House hearing in April titled “Proposed UIGEA Regulations: Burden without Benefit?” would seem to indicate that the agencies are less then enthusiastic about making implementation the winner in that race. The “burden,” according to some witnesses, is amplified by the law’s ambiguous language.

“I think it is very difficult without having more of a bright line about what is intended to be unlawful internet gambling,” Louise Roseman, director of the Federal Reserve’s bank operations division, told the House Subcommittee on International Monetary Policy, Trade and technology. “The challenge we have is interpreting something, particularly federal laws, when Congress itself isn’t sure what they mean.”

Following the hearing, Roseman said the hope was to issue final rules by the end of 2008, but she did not infer any certainty that it would get done.

Dan Walsh, director of governmental affairs at Greenberg Traurig, defined the status of the UIGEA as “regulatory limbo.”

“The regulations are in trouble,” Walsh told IGamingNews.com. “I don’t think there is any way they can finalize the proposed rules. UIGEA would still be on the books, but its practical effect was to come from the regulations.”