To survive and thrive, Atlantic City has to think outside the box. 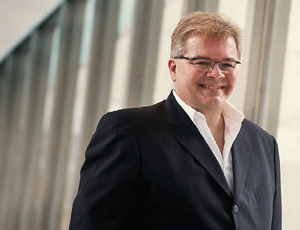 Atlantic City is an amazing city. I grew up south of there in Longport and personally love the area. I was very fortunate to have begun my career there working for my friend Joel Bergman on the Golden Nugget. It was an amazing time in the late 1970s and ‘80s. I can remember when there were 57 casinos planned or being constructed in Atlantic City; one was even located in the middle of the Atlantic Ocean. Of course the iconic hotel, the Burj Al Arab, was built 30 years later, making Dubai famous instead of Atlantic City.

Atlantic City’s history has been a series of short boom and bust cycles, starting with the United States Hotel burning down in the mid-1800s. The gaming legislation of 1976 created an incredible boom that eventually built a  $5 billion industry. Those regulations, combined with other circumstances, eventually led to the current demise.

I have met Governor Chris Christie and if there is one person that I believe can organize a rebirth for this great city, it is the governor. His approach however, although admirable, is not going to work.

Many of Atlantic City’s casinos are 30 years old and need drastic renovations to bring them to 2011 standards. By the time that actually happened, they’d need to be up to 2020 standards. These facilities will need to be torn down like Las Vegas has done since the late ‘70s. Imagine if we had renovated the Castaways instead of building the Mirage, Hacienda instead of Mandalay Bay or Sands instead of The Venetian… Las Vegas would be closed. With such a serious business outlook there is no reason to invest.

The casinos of the ‘80s were designed to keep people in, not let them take part in integrated facilities. Many of the casinos were designed as dark smoky refrigerated boxes. In 2011 many of these properties are not viable entertainment buildings. People do not want to live and play in eternal darkness. Only 20 percent of the population smokes and 80 percent hate it. People still love the beach in Atlantic City and look forward to summer at the shore. In 2011, however, a great summer does not make an industry.

Steelman Partners has a worldwide architectural design business. 85 percent of our work is overseas. We see what Asia and Europe are doing to promote their entertainment culture. They are building new, incredible entertainment cities. To regain its position as a preeminent resort city, Atlantic City needs to do the same.

Therefore, I suggest that Governor Christie consider the following steps:

1. Abandon getting people to live in Atlantic City through subsidies for the short time.

2. Limit the casinos to three districts/energy zones – Center Boardwalk, Marina and Bader Field. Any casinos located outside of those districts have their licenses sunset. Allow those licensees to relocate to one of the other areas with some incentives. Tear down those buildings outside the energy zones.

3. Encourage new partially weatherproof entertainment piers to be constructed, giving new and unique entertainment districts to the boardwalk. Remove all of the shops from the Pier at Caesars. This is an ugly square box building that needs to be demolished now. These piers should be true year-round attractions, not just seasonal amusement parks.

4. Start a program to get the three largest operators to invest in Atlantic City: MGM, Wynn, Adelson/Las Vegas Sands (all probably at Bader Field).

5. Start a program that provides gaming tax relief for certain renovation accomplishments. Renovations that are mutually determined with the casinos will increase the overall appeal of Atlantic City.

7. Create a Planning/Art Czar—a single person unaffected by business greed and politics and who knows the necessary ingredients for a successful, artful green city. Rewrite the planning and zoning codes allowing creativity to become a part of the rebirth of Atlantic City.

8. Encourage two new high-tech convention centers to be constructed at Bader Field and the Marina district. These centers should become the most beautiful and lowest-cost centers in the United States and be non-union.

10. Create Nocturno Districts; three districts that need to be alive 24 hours a day. Unique lighting affects should be encouraged.

11. Require each casino to feature entertainment culture such as showrooms, headliners and casino lounge acts. When we dreamed up the pool at Harrah’s, it was a diversionary entertainment feature not a pool… and it worked!

12. Atlantic City is a series of ethnic neighborhoods. My grandmother lived on a very small Scandinavian street, LaClede Place. Ducktown has an Italian heritage. There are sections that today are uniquely Asia. As time goes on, encourage these neighborhoods and districts to grow. Each great neighborhood needs one great centerpiece to get the attraction started. Assist each district with this design.

13. Do everything necessary to get one of the great entertainment companies (Disney, Universal etc.) to locate in Atlantic City. Follow the Hong Kong model to attract one of these great companies.

15. The state should land bank as much land as possible. So that when all of this success is realized, Atlantic City will become an affordable place for people to live, work and entertain themselves—meeting the original goal.

16. Eliminate all sex businesses that have located in the tourist district; they are a barrier to success.

18. Follow the design rules of feng shui and feature it. I know this might be controversial, but it has to do with lifestyle, including luck and fortune; Atlantic City needs some luck and fortune.

Steelman Partners is very fortunate to be designing many new entertainment cities in Vietnam, China and other locations. We know what competition is being designed and developed. Atlantic City needs to think big. Thinking small will just continue its slide into failure.

As a kid from South Jersey who grew up surfing and sailing at the beach, going to great schools and having great friends, I am very hopeful that the rebirth of Atlantic City can begin NOW!

There are only really three or four people who can create the spark needed to ignite Atlantic City again; Sheldon Adelson, Steve Wynn and Governor Christie.