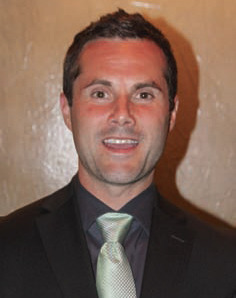 IT is not PCs and printers,” says BJ Bouschor, vice president of information technology for FireKeepers Casino Hotel in Battle Creek, Michigan. “IT is the best friend of every department in the company.”

The 39-year-old executive studied marketing in college, but found his true career in a management trainee program at Kewadin Casinos, owned and operated by the Chippewa Indians of Sault Ste. Marie. It was 2002.

“The program brought in college graduates and moved them throughout the departments to see if they could grow into managers,” says Bouschor. “That’s where I got my start.” From accounting, he joined slot data systems, and eventually ascended to manager of information technology with responsibility for five properties. In 2014, Bouschor joined FireKeepers, owned and operated by the Nottawaseppi Huron Band of the Potawatomi. Starting as IT director, he became vice president of information technology in August 2015, overseeing a 29-person team.

An effective IT leader must keep an eye on every cog and wheel in the company and understand the daily needs of end users, Bouschor says. “For example, HR people work with that product all day long; they’re well-versed in that application, but they can’t correct issues when they come up. We have to understand a percentage of what they do to troubleshoot and fix problems on the back end.”

Bouschor credits Kewadin CFO Rick McDowell, “a numbers guy,” for teaching him about budgets and forecasting. And he’s inspired by the workplace culture created under FireKeepers President and CEO Brian Decorah. “When I came to this property, saw the leadership style and saw how they treat their employees,” he says, “I knew I wanted to be part of it.”

On the job, Bouschor prefers “a consensus approach rather than a dictator approach. I know what I want to achieve, but if I let the team build the milestones to reach the goal, at the end of the day they’ll come up with the same thing I would have dictated. Now they have buy-in to the goal, so they drive and motivate themselves.”

The position demands strong personal accountability, and a knack for catching kinks in the system before they become catastrophes. “If you’re not constantly wondering how things work or why, you’ll get caught off-guard. At a casino, that could take the floor down.

“Take the word ‘job’ right out of it,” says Bouschor. “You don’t get 40-hour work weeks in the gaming industry. It’s got to be part of your life. And if you don’t enjoy what you’re doing, then why are you doing it?”