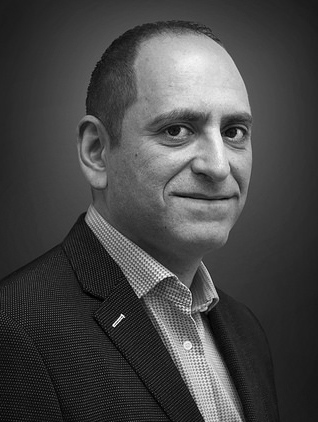 With the eSports phenomenon suddenly exploding in Las Vegas and in gaming jurisdictions around the world, Alex Igelman is ready to guide the way. As the CEO of Millennial eSports, a public company traded on the Toronto Stock Exchange, Igelman’s was the first eSports company in gaming when he opened an eSports arena in Downtown Las Vegas.

Global Gaming Business: What brought you to Las Vegas?

Igelman: We came to Las Vegas about two and a half years ago. At that time, the company was primarily a tournament organizer with a competitive gaming platform, which allowed people to play games against each other. That was the original model.

We identified Las Vegas early on as the perfect place for eSports. We built this arena in Downtown Las Vegas, the first of its kind, purpose-built for eSports.

In the back of our minds, we know eSports has a very active wagering side—maybe not in North America—but we knew that one day you’d be able to walk into a sports book and make a wager on an eSports event. But of course, our focus is on the millions of people who visit Las Vegas for all it has to offer.

How can casinos monetize eSports?

The easiest way for an operator to monetize eSports is as an event. If executed properly—and that means it has to have some authenticity about it by bringing in someone who understands eSports—it’s an opportunity to make money as you would on any event. In that regard, you’re trying to attract a demographic that you haven’t experienced at your casino before.

Then you could hold a tournament, as you might a poker tournament. There are some capital expenditures there if a casino wanted to have a permanent facility, but there are numerous tournament organizers who could arrange this. It’s a very specialized, niche market. You really have to know what you’re doing. It could be a loss leader until casinos figure out the right model.

What is that eSports demographic?

We’ve done a lot of research and determined that the average eSports aficionado is male and about 35. So we’re not talking about young kids. It’s a valuable demographic. And you have to remember, not only will you get the customer who likes to play eSports, but you also get people who like to watch professionals play eSports. That’s a huge segment.

We’ve seen several different models from Las Vegas operators from building eSports venues inside a casino to a production studio for eSports tournaments. Do we know what works yet?

I think it depends on the risk that the casino wants to take. In the eSports arena at Luxor, the relationship with MGM is more of a landlord. At Caesars, they’re using a production studio to host a full season of eSports with H1Z1. That’s a different kind of commitment and may attract a younger demographic.

But these are all the things you have to consider when examining eSports, and in time they will develop.

How would wagering on eSports work? And can you really prevent cheating on these eSports games?

In Nevada, being very progressive, they decided to accept wagers on specific events. It’s not a blanket acceptance, but each event has to be approved. It’s not the most ideal situation, but it’s a start.

As for cheating, the fact that all of the play takes place in a digital format makes it very auditable, and there are certain algorithms that will detect any abnormality in play. At that point, referees would look into any kind of match fixing. So in that respect, I think it’s easier to track, since you won’t have to read someone’s mind.