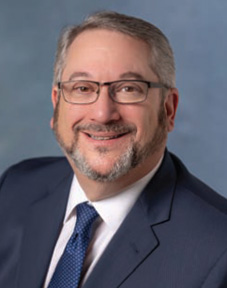 For many years, Alan Feldman was the spokesman for Mirage Resorts and later for MGM Resorts. He recently stepped down from MGM, but is still consulting for the company, and in May was appointed a distinguished fellow at the University of Nevada, Las Vegas International Gaming Institute.

Feldman has long been the industry spokesman for responsible gaming, and is chairman of the National Center for Responsible Gaming. He spoke with GGB Publisher Roger Gros at the Gambling and Risk-Taking Conference—the Eadington Conference—in Las Vegas in May.

GGB: You had an incredible run at MGM Resorts, and at Mirage before that. You played a huge role in the development of both of those companies. Congratulations on what you accomplished there.

Feldman: Yes, it was 29 years. I was incredibly lucky to come into the industry just as the Mirage was being born and to have seen the incredible growth—not just in Nevada, but globally.

You’re certainly not retired. You’ve still got a lot on your plate.

Oh, no. As I’ve told my family and friends, I’m working the same number of hours; they’re just a whole heck of a lot less stressful.

First of all, you’re still a consultant for MGM. Are you still working in their responsible gaming area?

I’m working mostly right now on the responsible gaming component of MGM’s bid in Japan, which is going to be critical. And I continue to keep my hands involved in responsible gaming across the rest of the portfolio. But it’s really the UNLV work that’s taking over, and I hope to take on an even bigger role as time goes on there.

Explain what you’re going to be doing with UNLV.

I’ve been given the opportunity to work with the team at the International Gaming Institute: Bo Bernhard, Brett Abarbanel, Jennifer Roberts, Becky Harris and others who really are leaders in their areas of expertise. I’m going to start working with them on responsible gaming programs and policy development.

think what’s most important for the industry is the notion of changing the culture of responsible gaming from one that’s compliance-based to one that’s customer service-based. That’s going to require a lot of work, some research, some academic development and curriculum development. But all of that is possible. With the incredible team of professionals at UNLV, I think we’re going to end up with a pretty amazing program that we can then travel around not only the United States, but jurisdictions all over the world.

It’s a crucial time in the industry when it comes to responsible gaming. Some countries in Europe have banned gambling ads, reduced stakes on slot machine-type of devices, things like that. The United States really needs to sit up and pay attention, because that could happen here in a heartbeat.

It absolutely can, and we must pay attention to it. In that cultural change I spoke of earlier, there are too many parts of the industry that have taken a look at responsible gaming and seen it as a minimum-standard objective—that they need to meet the minimum standard that the jurisdiction they’re in has outlined. And that’s not the way it ought to be. We ought to be taking control of this topic, marketing this topic, being assertive and aggressive with this topic, if for no other reason than that now we have the benefit in the U.S.—and Canada as well—of more than 20 years of research on this topic.

There are a couple of things that come shining through over and over again, and the real key to research becoming policy is to be able to replicate it over time. You can do prevalence studies across all kinds of time frames; you’re still going to find about a roughly 1 percent addiction rate. Of those folks, casinos aren’t the place that they generally tend to go. They generally tend to go into other forms of gaming.

It doesn’t mean that casinos are left out of it. I think we’ve been too defensive about this topic. The industry needs to just go out there, take this subject by the collar and own it. Tell the public about it, tell policymakers about it. Act responsibly when it comes to advertising. We have to.

I think the AGA has done a wonderful job not only with the original Code of Conduct, but more recently updating it. There’s now a responsible gaming task force that’s doing a lot of work. I’m hopeful that’s where this all is going to lead, and that you’re going to see more and more companies here literally advertising responsible gambling on their casino floors.

So the casinos have a pretty good handle on problem gambling. But we’ve got a new type of gambling coming up with the legalization of sports betting and mobile sports betting. Is that something the NCRG and all these gambling organizations should pay attention to?

Everyone needs to pay attention to it. The NCRG is trying to put together funding for a center for research and study of sports gambling to specifically understand whether or not there is in fact any difference. We’re all walking out there assuming that there is. Well, no one really knows. Maybe there is, and maybe there isn’t.

The other part of it is whether or not—in an online form, whether it’s slot machines online, or sports betting online—you can detect problematic behaviors and patterns. There’s the theory that you can. But I would suggest rather strongly that this is entirely unproven. Having said that, I think that there’s some truth in it; we’ve just got to get to what that really is.