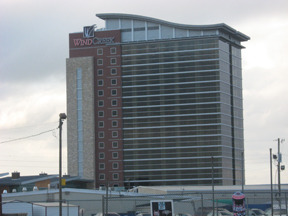 Wind Creek Casino and Hotel opened last month-rather, part of it did.

According to the Alabama Press-Register, the property unveiled its casino and restaurants, while the hotel’s grand opening occurred later in January. Wind Creek is owned by the Poarch Band of Creek Indians and managed by PCI Gaming.

Tribal councilman David Gehman told the Press-Register that people love the new property, though he originally voted against building the resort. Gehman’s fears have been eased due to the tribe’s ability to pay off its debt more quickly than expected.

Wind Creek is a Class II gaming establishment with 1,600 electronic bingo games. The games in question are currently the subject of a government task force commissioned by Alabama Governor Bob Riley, who alleges that the games are actually illegal slot machines. The machines in question are similar to casino-style slot machines.

“Enough is enough,” Governor Riley said. “Alabamians should never be forced to stand by and watch rogue gambling interests come in and take our state for all it’s worth. By executive order, I have established the Governor’s Task Force on Illegal Gambling, which will bring the state’s resources to bear in ending once and for all what has become a growing epidemic in Alabama.”

Slot machines and slot-like machines are illegal according to Alabama’s constitution.

The Poarch Band of Creek Indians released a statement agreeing with the governor’s stance on illegal and unregulated gambling, stressing that “our gaming enterprises are well-regulated at both a tribal and a federal level.”