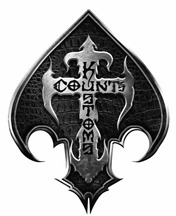 It doesn’t look much like the company taken over two years ago by Apollo Global Management and current CEO David Lopez, either.

That’s because Lopez has spent the past two years reinventing AGS through acquisitions and the formulation of a new direction in game design. First came the acquisition of Colossal Games, the firm headed by CDS founder and gaming supply legend Steve Weiss that specialized in super-sized novelty games and quirky video slots. Next came the purchase of Casino War Blackjack, Inc. and a move into table games.

While those deals certainly broadened the scope of offerings from AGS, two acquisitions this summer have completed the company once known as American Gaming Systems as a competitive casino industry supplier. First came Cadillac Jack, the Georgia-based company which, like AGS, had successfully expanded from Class II to Class III, with more than 13,000 units installed across the U.S. and Mexico.

The acquisition “made a ton of sense,” says Andrew Burke, vice president of slot products for AGS. “Cadillac Jack and AGS are like cousins. We both grew up in Class II markets, with Class II experience and knowledge, and we both transitioned from founder/owners to corporate owners.”

He adds that the markets of the companies were complementary. “Our areas where our products are strong in the market do not really overlap much,” he says. “They are very strong in Alabama and Wisconsin, and extremely strong in Mexico. We’re very strong in Oklahoma and Florida, among other markets. It was a perfect marriage.”

Burke says the people were the other big asset acquired with Cadillac Jack. “It’s gone the way you hope all acquisitions will go—we’ve really built one awesome team, picking the best folks from both sides, without compromising our standard of excellence.”

Shortly after the Cadillac Jack deal closed at the beginning of June, the company announced a move into social gaming with the acquisition of leading social gaming supplier RocketPlay, which has offices in San Francisco and Tel Aviv.

The Cadillac Jack name is history, RocketPlay is now AGS Interactive, and the leadership of the reinvented company is now all in one office, a new headquarters facility in Las Vegas that opened in April.

According to Burke, the company has benefited from having all creative staff under one roof. (AGS and the former Colossal facilities had been in separate buildings.)

With the new digs has come a new direction in game design. The “It Pays To Know” series of trivia-based games—Ripley’s Believe It Or Not! and Family Feud are the hits of that series—is being phased out, as is the premium-game platform Roadrunner. Burke says the company’s engineers are busy creating a new core platform.

The combined R&D team is headed by Chief Technology Officer Sigmund Lee, who was Cadillac’s CTO. He will report to Mauro Franic, who brings his former Cadillac role of chief operating officer to AGS. According to Burke, the R&D team in Atlanta will focus on dual-screen core video slots, and the team in Las Vegas will focus on niche products like the Colossal games and high-limit slots.

Burke says having an R&D team in Atlanta, home of Georgia Tech, is a big advantage. Much like the former Multimedia Games in Austin, Texas, having a local university provides a steady stream of engineering talent. “R&D talent in Las Vegas is hard to get, so it’s awesome to have a presence there.”

Kevin Reilly, assistant director of product management at AGS, adds that the Georgia engineers are all passionate slot players. “They’re gamers; they’re out there experiencing the ride themselves,” he says. “We have a passion for our games as well, and sharing that with the Georgia R&D team is great.”

Burke says the main game style of the future will be that of Cadillac Jack, which itself only recently launched a new core platform. He says that platform represents the direction the company is taking in game design—more volatile, low-denomination, multi-line video that promotes repeat play. Burke calls it “Aussie-style,” as opposed to the entertainment-based, bonus-packed features of Roadrunner.

Burke notes that these games are built for extended play with very short event sequences, creating the kind of steady, uninterrupted game play that entertainment-style games do not have.

“We’re really pushing hard to be a meaningful player in the core game space,” Burke says. “We’ve always had a skill set at AGS that lends itself to premium or specialty games, but we’ve always had a big need for core games—the skill sets are really different. Now, we’re going at that core space aggressively.”

Adds Reilly, “That really helps us, because when we’ve been going into new markets, we’ve been doing it with games like Ripley’s and Family Feud, but we can only sell two of those (to a casino), maybe three or four. Having access to more core video content is certainly going to add more to the arsenal we can offer casinos.”

This year will be the first Global Gaming Expo show in which AGS presents a combined display of the equipment from all its newly acquired companies along with legacy products in a cohesive collection representing the new AGS—a total of around 60 games, including 14 new titles.

Highlights will include Tiger! Tiger!, a four-by-five-reel, 50- line game aimed at both the Class II and Class III markets. The base game centers around a feature AGS calls Dynamic Streaming Stacks, in which multiple large stacks of symbols are randomly inserted from spin to spin. Anywhere from eight to 20 free spins can be awarded based on the number of scattered bonus symbols displayed.

The company also is using the volatile game style it inherited from Cadillac Jack to release its first games to court Asian players, Golden Wins and Jade Wins. The Class III games will be the first titles on the “Da Ji Da Li Multi Linked Progressive.”

Featuring a three-by-five reel configuration, the games use the former Cadillac game style called “PowerXStream,” featuring several different unique reel configurations, including varying symbol sets—referring to number of symbols per reel, the games include 3-4-4-4-3, 4-4-3-4-4, 4-4-4-4-4 and 3-3-4-4-4 configurations. They are all “ways-to-win” setups, nearly all with wins occurring for adjacent symbols paying both left-to-right starting with the first reel and right-to-left starting with the fifth reel. The primary reel setups result in 576 possible ways to win on every spin.

Tiger! Tiger! and Golden Wins will be the launch games for a new cabinet from AGS called “Icon,” which features a thin profile along with new lighting and improved sound. Burke says Icon is going to be the dual-monitor core-product cabinet going forward, with the first installs already in the field.

Other Asian-style AGS titles to be on display at G2E are Fu Panda and Gold Dragon, the latter of which incorporates “Fierce Factor,” another former Cadillac Jack program feature that returns higher wins for higher line bets.

Asian themes will be accompanied by Dreamcatcher, a Native American-themed game; and Fire Wolf. These are core former Cadillac titles onto which AGS has added a tall top box housing a multi-level progressive tower, creating a genre Burke calls “Core Plus.” Fire Wolf is another PowerXStream title.

Other new games include updated versions of the Super 10X and Super 5X titles, featuring player-friendly math, familiar symbols and single paylines. Both games, on the AGS GT5000 cabinet, are designed for high-denomination play.

The new games will be accompanied by unique AGS offerings that are already doing well in the market, including Colossal Diamonds, the giant slot on the “Big Red” cabinet that Burke says is one of the top-performing products in each market where it has been introduced.

The high-performing Ripley’s and Family Feud games also will be displayed, as well as Cadillac favorites like Peter & Wendy: Hook’s Revenge and White Buffalo.

Additionally, player favorites acquired by the recent acquisitions will include a complete lineup of table-game products such as Double Ball Roulette and Count’s Kustoms, the latter a hugely popular blackjack side bet with the prize of a custom car, truck or motorcycle built by the crew from the History Channel reality show Counting Cars.

Count’s Kustoms will be included on a game at the AGS booth incorporating a second new side bet, called Bonus Spin Blackjack. With that bet, if one of the first two cards is an Ace, players are paid even money, or if a blackjack is dealt, the player will press a button which spins a virtual wheel to win cash or a unique prize.

Finally, AGS Interactive will display games included on the former RocketPlay social, online and mobile-game platform, including Royal Reels—the No. 1 AGS game in Oklahoma and the first AGS title to be added to the RocketPlay’s Lucky Play social casino—So Hot, Double the Devil, Monkey in the Bank, Going Gnome and White Buffalo.

For the future, the company is developing a new premium cabinet as a follow-up to its Stratos and Skytower cabinets, developing new Bonus Spin Blackjack versions, and converging the former technologies of its predecessor companies into a new slot platform.

The new platform will most likely look a lot like the legacy Cadillac Jack platform—and generate the kind of repeat play that promises to be the bread and butter of the new AGS.