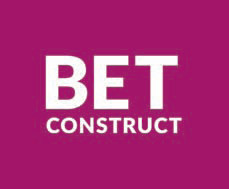 BetConstruct is an award-winning developer and provider of online and land-based betting and gaming solutions. BetConstruct’s innovative and proven offerings include an extensive range of market-leading vertical products including sports book, sports data solutions, RNG and live dealer casinos, poker, skill games, fantasy sports and more. BetConstruct technology and services are used by operators worldwide and are supported by 10 global offices.

From white label to API and self-serviced solutions, BetConstruct empowers its operators to achieve more than they expected.

In 2016, BetConstruct will launch another first for the gaming industry—the open-source gaming management system.

BetConstruct will release the gaming management system (GMS) portion of its Spring Platform as well as all interface code needed to connect the GMS with other gaming products as an open-source product this year.

As part of the open-source initiative, BetConstruct will launch a developer community to allow open discussion around the use of this product as well as the sharing of community-developed code. Additionally, BetConstruct will produce technical documentation and a fully commented code base, permitting skilled developers to extend the product’s capabilities.

In the coming months, BetConstruct will be attending the Georgian Gaming Congress in

Tbilisi, Georgia; the iGaming Asia Conference in Macau; the Indian Gaming Tradeshow & Convention in Phoenix, Arizona; GiGSE in San Francisco and iGNA in Las Vegas. Additional events will be announced during the year.

For more information about BetConstruct, visit the website at BetConstruct.com, or call the London offices at +44 203 709 9010.

AGEM KEY BOARD OF DIRECTORS ACTIONS

• Mexico’s Supreme Court of Justice recently approved the use of slot machines in casinos. This was welcomed by AGEM members and has resolved the uncertainty that has existed for some time. The ruling outlines that playing slots is not skill-based, but similar to taking part in sweepstakes, which is not defined as gambling in Mexican gaming law. This ruling is timely for the proposed conference that SEGOB is hosting in May in Mexico City that will focus on machine certification, legal machines and responsible gaming, among other topics.

• The recent developments in Brazil that could allow as many as 35 casinos to be constructed, as well as online gaming approved, is unlikely to see much progress until after the Olympics, industry experts believe.

• Argentina saw foreign currency restrictions being lifted at the beginning of the year, which should see the market start moving in a more positive direction. This will also allow the movement of goods in and out of the country to flow more freely and ease some of the issues AGEM members have previously experienced exhibiting at trade shows.

• AGEM membership grew to 150 this month with Las Vegas-based Slot Constructor, a software games development company, joining the ranks as an Associate Member.

• AGEM hosted a lunch on February 9 for Nevada state Senator Michael Roberson. This was a “Getting to Know You” event for AGEM members to meet the likely Republican candidate for Nevada Congressional District 3. Roberson was first elected to the Nevada legislature in 2010 and then again in 2014. During his time in the Senate, Republicans won the majority and his colleagues elected Roberson to be majority leader.

• AGEM members approved a $5,000 sponsorship for the International Association of Gaming Advisors (IAGA) that will contribute toward the International Gaming Summit that is being held in Malta from May 31 to June 2.

After ending 2015 on a positive note, the AGEM Index reported a decline in the first month of 2016, largely due to broader market declines that emerged. The composite index stood at 188.46 at the close of January 2016, which represents a decline of 8.86 points, or 4.5 percent, when compared to December 2015. However, compared to a year ago, the AGEM Index reported an increase of 6.57 points, or 3.6 percent, in the latest period. In January, 10 of the 14 global gaming equipment manufacturers reported month-to-month declines in stock price, with three down by more than 30 percent. Of the four manufacturers who reported gains in stock price during the month, only one was up by more than 5 percent.