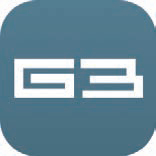 Gaming Publishing is the print and digital media publishing house behind G3 magazine, G3Newswire.com and the newly updated G3Newswire App. The monthly G3 magazine has been in existence since 2003, providing the gaming industry with news, interviews, market reports and product information.

In addition to a monthly magazine that is distributed to a database of over 6,000 readers per month across 97 countries worldwide, the G3Newswire website services 11,455 daily visitors with news, reports, digital magazines and events listing. Gaming Publishing also publishes two apps for download on Android and iOS devices, the G3Newswire App and G3i. G3Newswire includes all the combined features of the G3Newswire.com website in an easily digested format on digital devices, while G3i hosts the digital library of G3 magazines over the last decade.

Gaming Publishing launched the industry’s first daily news service app in 2015 with the debut of the G3Newswire App for iOS and Android. In May, Gaming Publishing released the third iteration of the app, which includes a slick new user interface alongside additional features for video, magazine and digital report downloads direct to mobiles and tablets.

G3 is the official European media partner of AGEM.

Gaming Publishing has recently attended the ECA European Dealer Championships in Tallinn, the G2E Asia show in Macau and the ICE North America event in Boston. Next on the agenda is the ECA Summer Meeting in France and the iGB Live exhibition taking place in Amsterdam in July.