The AGEM Index increased by 6.95 points in October 2019 to 507.64 points, a 1.4 percent gain from September 2019. The growth was driven largely by a 3.3 percent increase in the stock price of Aristocrat Leisure Limited (ASX: ALL), which climbed from AU$30.60 to AU$31.62. The stock was responsible for 12.18 points of the AGEM Index’s monthly gain. Scientific Games Corporation (SGMS) experienced a 17.9 percent stock price gain from $20.35 to $23.99, which led to an index contribution of 6.32 points. Overall, most AGEM Index companies reported increases in stock price during the month, with nine trending positively and four moving negatively. The major stock indices performed well as the Dow Jones Industrial Average and the S&P 500 experienced monthly growth of 0.5 percent and 2 percent, respectively. The NASDAQ experienced a strong gain of 3.7 percent.

AGEM Board of Directors Actions – November 2019 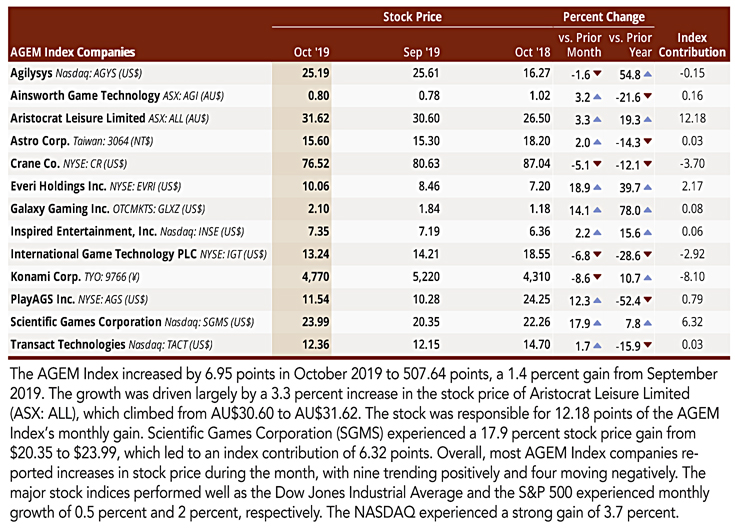