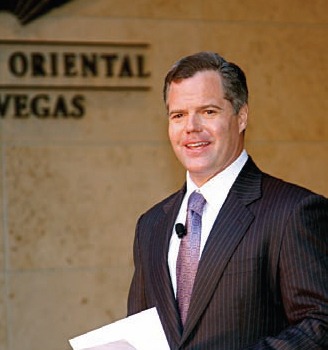 MGM Resorts International Chairman Jim Murren, who currently serves as chairman of the American Gaming Association, wants the AGA to lessen its lobbying efforts in support of a federal bill to legalize and regulate internet poker, because the position puts the organization at odds with many of its own members.

In an interview with the Las Vegas Review-Journal, Murren said major operators who are AGA members—including Caesars Entertainment, Boyd Gaming and Station Casinos—and supplier members including IGT and Bally are already involved in the legal iGaming businesses in Nevada and New Jersey, where intrastate iGaming was legalized. AGA support of bills to federalize internet poker, some of which also seek to ban other internet gaming, threatens to fracture the AGA membership.

Murren wants the AGA to concentrate on other issues. “I don’t want the AGA to find itself mired in a tremendous amount of controversy and infighting,” he told the newspaper. “I feel like the internet has become too divisive a topic when there are so many other topics we want to put forward where we can all agree.”

MGM has yet to enter the legal iGaming business in the U.S.; nor has Wynn Resorts. Las Vegas Sands Chairman Sheldon Adelson is currently involved in a crusade to have all internet gaming banned. LVS President Michael Leven is a member of the AGA board. MGM has, however, joined Caesars and other operators in launching the Coalition for Consumer and Online Protection, formed as a counter to Adelson’s Coalition to Stop Internet Gambling.

“I’ve also talked with (Caesars Chairman) Gary Loveman and others,” Murren said. “We all agree that an over-arching effort should be deployed to prevent illegal gaming sites and protect the consumer against illegal internet gaming.”