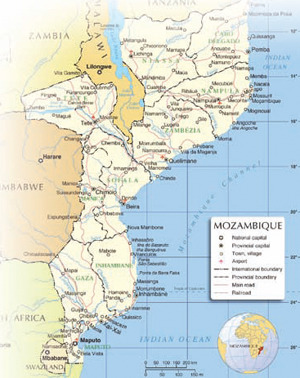 The African nation of Mozambique could be the site of casino development by an unnamed group of business people from Macau.

According to AllAfrica.com, a casino project was one proposal for the new Maputo International Trade Fair venue, known by the acronym FACIM, which is in the Marracuene district about 30 kilometers north of the Mozambican capital, Maputo.

“There are some Macau businessmen based in South Africa who came here, and they are interested in setting up a casino,” said João Macaringue, chairman of the Mozambican Export Promotion Institute, or IPEX.

“Interest has also been expressed in building hotels,” said Macaringue. “The Investment Promotion Center, in coordination with the government, has taken Marracuene district as the reference point for all the initiatives now appearing to increase accommodation capacity.”