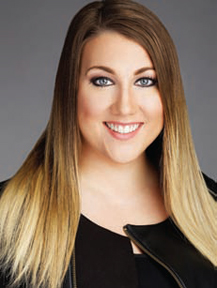 Children often like to emulate their fathers. Mariah Dyer is no different. She emulated a father who worked as an executive chef. But Dyer saw the other side of the hospitality equation as her pathway: human resources, where she can shape employees, especially in the gaming industry.

“I wanted to create workplaces where employees understand why they are doing what they are doing, how their position lends itself to the guest experience,” she says.

Dyer’s career trajectory took the 2005 University of Nevada, Las Vegas graduate to the Tropicana and Hooters Casino Hotel before she moved on to Affinity Gaming, where she served as director of human resources at Silver Sevens Hotel & Casino. In the wake of her selection for Global Gaming Business magazine’s “40 under 40,” Affinity promoted Dyer to vice president of human resources at the three Primm properties—Primm Valley, Whiskey Pete’s and Buffalo Bill’s.

Because of its history, starting at the Tropicana proved invaluable, Dyer says. “The collective experience I have from working at the Tropicana, Hooters and other properties is something you can’t put a price on. Each property had unique ‘best practices’ that I still implement today.”

Dyer also had the good fortune of associating with people who cheered her on. Phil Fortino, now senior vice president of human resources at Eldorado Resorts, has been a huge supporter throughout the years.

“He presented a new perspective on the field and reinforced that accountability, forward thinking and knowledge of operations are key elements to success,” she says.

“Having your (non-revenue-generating) function be so supported from the highest level is fantastic,” Dyer says. “I also worked for great general managers, like Dan Uonites at Silver Sevens, and Stuart Richey at Primm. They both allowed me the freedom and creativity to throw out old, stale processes and really re-energize the way we do things.”

As a human resource leader, Dyer wears many hats. “Some days my focus is partnering with operational departments to look for labor efficiencies or to think through employee training programs. Other days we review guest satisfaction surveys to turn feedback into action plans. I think how we can thoughtfully maximize our resources to become better at what we do in all areas.”

The future of gaming—and by extension, industry employment—is rosy, according to Dyer.

“As we look at the shift in the industry to provide skill-based gaming and significant investments into nightclubs, pools and entertainment, we similarly need to pivot our thoughts on HR, recruitment, talent development and the overall employee experience,” she says.

For prospective employees, Dyer recommends learning everything from everyone you can. “Ask questions, be a keen observer, and don’t be afraid to recommend improvements.”