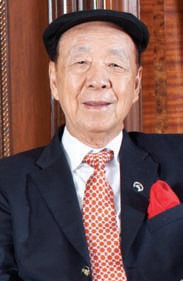 Galaxy Entertainment Group Chairman Lui Che Woo made the world’s richest list for the first time, thanks to the surging share price his company has enjoyed as part of the casino oligopoly in the booming Chinese gambling enclave of Macau.

Galaxy is up 75 percent in the last year in trading in Hong Kong, more than double Adelson’s Sands China, and analysts polled by Bloomberg believe its profit will double this year to HK$6.4 billion (US$820 million), boosted in a big way by the opening in May 2011 of its first full-scale integrated resort, Galaxy Macau, located in the city’s burgeoning Cotai resort district. It overtook Sands China in revenue last year with HK$41.2 billion ($5.28 billion), making it the city’s second-largest operator after Stanley Ho’s SJM Holdings. First-half profit was up nine-fold.

Investors like Galaxy’s healthy mix of mass-market gamblers, who deliver much higher margins than the high rollers who drive the lion’s share of Macau’s top-line growth. And the stock has been trading at a fraction of Sands China’s—around 15.8 times estimated 2012 earnings compared with 22.1 times for Sands, according to data compiled by Bloomberg—making it compelling from a valuation standpoint.

Nor is the company facing the legal troubles that have held back the shares of Sands China and rival Wynn Resorts. Sands China parent Las Vegas Sands is under federal investigation in connection with alleged violations of money laundering and anti-bribery laws. Wynn is engaged in an ugly and protracted legal battle with Chairman Steve Wynn’s former partner and formerly the company’s largest individual shareholder, Japanese billionaire Kazuo Okada. Wynn Resorts is also under investigation over a HK$1 billion ($129 million) donation last year to the University of Macau.

“The lawsuits concerning Sands or Wynn have made several headlines that would prompt investors to exercise caution,” said Edwin Fan, an analyst at BOC International. The U.S.-based companies are “being penalized by the negative news flow.”

Lui also enjoys strong political ties. He’s a member of the 1,193-person committee that elects Hong Kong’s chief executive, and Galaxy has the pole position for the next wave of resort development on Cotai, being the first operator to win government approval to expand.