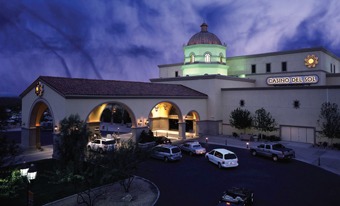 As casino markets across the country begin to see rebounds in gaming revenue, non-gaming spending is experiencing increases as well. In part one of this series, we looked back at how some of the industry’s most successful operators worked through the leanest times of the recent economic downturn. This month, we asked the same panel of experts to provide input on their forward-thinking strategies.

We were fortunate enough to sit down with some of the industry’s F&B elite—including Mark Birtha, CEO and chief strategy officer, Casino Del Sol; Tom Recine, vice president of food and beverage, Tropicana, Las Vegas; Louis Abin, director, Tao Restaurant Group, Las Vegas; and Lisa Severn, director of food and beverage, Tulalip Resort Casino, Tulalip, Washington—to elicit their knowledge, expertise, reasoning and advice regarding the state of the industry and its progress moving into the future.

The panel’s feedback provides valuable insight regarding strategies and positioning to capitalize on spending as the casino industry rebounds from its most recent downturn.

The Long-Awaited Return Of Spending?

F&B offerings at casinos are great places to grow revenues, expand market segments and increase overall revenue to a resort. Whether the casino operates in a resort-based environment or a local market, there are strategies and lessons that can be applied to position a food and beverage program for success.

The common theme throughout the panel was the belief that non-gaming spending will return, and that it is important to position the property to capture the highest available dollar spent off the casino floor. When it came to tactical approach, however, there were three clear strategic segments as to how to capitalize on the return of spending: (1) retaining existing customer base while maximizing efficiencies; (2) identifying and taking advantage of new markets and trends in F&B; and (3) expanding the overall F&B experience.

According to Birtha, Casino Del Sol is aiming to continue successes from the programs and outlets it found most successful during the downturn, while creating more differentiation through cuisine and price point at the underperforming outlets. “We partnered with a local restaurant operator to bring a new offering into the casino and have seen marked improvement to overall revenues,” he observes. “The local operator expanded the coveted local market segment because of the familiarity with the operator outside of the casino.”

Recine of the Tropicana looked to focus on high-margin business such as groups and banquets. Recine says these bread-and-butter revenue sources will be important, especially as business and convention spending increase in Las Vegas. Additionally, the Tropicana is looking to expand its ethnic offerings through new venues and by tweaking existing menus and offerings.

“Evolution and Change” is the mantra from Severn at the Tulalip in Washington. Severn and her staff are constantly evaluating what they can do that is different and ahead of the leaders. “We need to analyze markets that we have not yet reached and capture them,” she says. “The resort will continue to spend time working with food and beverage-based events as a way to reach some markets that don’t normally frequent the resort.”

The TAO Restaurant Group, based in Las Vegas, has positioned itself for strong growth coming out of this period of decline. Abin, the owner, says the TAO Group is ripe for expansion and is moving into international markets, such as Sydney. Outside of the new development scope, TAO Group will concentrate on one example of what has worked best for them in the past, the LAVO Champagne Party Brunch in Las Vegas.

Recognizing that sometimes the best strategies aren’t “sexy” and have nothing to do with emerging trends, Abin is simultaneously dedicating significant resources to control rising food costs and attempt to reinvent some of the existing dishes to keep them current and value-oriented.

Driving Value At Every Price Point

Will check averages return to their pre-recessionary levels? Will the big spending patterns in restaurants return? Or, has there been a paradigm shift—will operators will have to continue to grind-out operations?

Tulalip’s Severn believes that value will lead the way for a few more years. “When the economy was riding high, the customer base had high expectations for quality and service and paid top dollar for their experience,” she says. “With the recent slide in the economy, the customer still demands that quality, but wants it at a more value-oriented price. It is important to be able to deliver this dynamic, but still make money.”

At Tulalip, creativity has turned into one of their strongest assets as they look to maintain their current customer base and build upon new revenue and market streams.

Birtha also believes there has been a paradigm shift, but explains that from his view, it involves the value proposition rather than the absolute value of spending. “No matter what the purchase, the customer is seeking value as he or she defines it,” Birtha says. “I believe check averages will start to increase, but will not reach levels that were seen in the past.”

Birtha also comments that his property’s customers are paying more attention to other details in the restaurants and bars, such as ambiance and service.

Tropicana’s Recine echoes Birtha’s remarks, emphasizing the value proposition. “Spending is going to return slowly, but quality and value will still remain the driving force,” Recine says. “In order to capitalize on the new spending patterns, properties will have to be on their toes at all times.”

Abin also shares the belief that value will remain the key driver for business moving forward. He believes it will be important for concepts to orient themselves with value in mind. “I think that for the most part, people will be extremely price-sensitive throughout 2012.”

Sometimes The Answer Is In Your Own Back Yard

With spending expected to increase at gradual levels, it will be important for casinos in both resort and local markets to look at ways to develop revenue segments that didn’t exist 12-24 months ago. Some of these areas include re-emphasizing some of the tried-and-true, high-margin revenue sources such as banquets and catering. Other tactics include looking to local and ethnic markets to drive the food and beverage visits.

The Tao Restaurant Group stated that it will look to grow revenues through special events. “These events generate great margins for us, and we have initiated programs to grow this department by 20 percent within the next two years,” Abin says. “We cannot afford to discount this high-margin business.”

In its Las Vegas locations, the TAO Group is looking to capture a higher share of the local market, and is considering a locals happy hour. “I think sometimes the Strip properties don’t tend to leverage the local market,” he says, “and we see a great opportunity to diversify our market base at a day part when we are typically not as busy.”

At Tropicana, Recine is bullish, stating, “It will be important for visitor volumes to return to Las Vegas before we start to look at generating new revenue.” Having said that, he adds that his steakhouse and new Italian restaurant, Bacio, are two places where revenues have increased.

One of the areas in food and beverage programs that are sometimes overlooked is beverage. Birtha says he has brought in a property-wide sommelier and added the Apple iPad wine lists, and has seen his wine sales increase accordingly. In addition to adding the sommelier, Birtha also brought in a property-wide mixologist to revamp the bar programs at all of his outlets. Since doing so, he has seen an increase in alcohol sales in the casino bars and restaurants. “Seeing as alcohol has a much higher margin than food, these two additions have positively affected my bottom line.”

Severn agrees. “We are looking to grow our beverage program substantially,” she says. “Tulalip has had a strong wine program featuring wines from Oregon and Washington, and we would like to parlay that into craft beers and cocktails.” These high-margin items allow the casino to increase check averages and grow revenues that translate into a stronger bottom line.

Tulalip is also looking to grow its ethnic offerings, specifically the Asian markets. “We have begun to initiate programs and menu items to feature both Thai and Vietnamese cuisines,” Severn says. “Our goal is to offer a wider variety of food offerings and also attract different market segments into the casino through our restaurants.”

Abin explains how social media has made their business model more interesting. “We will continue to have our team utilize all aspects of social media. As some companies are teaching their staff to avoid tweeting, Facebook and the internet, we have asked our staff to immerse themselves in these outlets.” Having the entire staff involved in the social media plan will allow the TAO Group to increase its reach through this marketing strategy.

Severn has looked outside of the casino industry for trends and found the Asian street food trend to be popular. “We are looking to create a street food menu in the casino, and believe this will help differentiate our program and grow market segments, through ethnic Asian offerings,” she says.

Along with exploring street food menus, Tulalip is capitalizing on the growing craft beverage trend. The casino is using fresh juice in its cocktails and featuring craft beers at the bars and restaurants throughout the resort. The craft movement has allowed resorts to increase check averages and overall revenue by offering higher-quality beverage experiences with minimal cost additions.

Tulalip is also pushing technology trends in the food and beverage program. “We have begun to implement technology applications in our restaurants, which include mobile ordering devices for servers and informational kiosks throughout the resort,” says Severn.

Identify What Makes You Unique

Recine is looking to get back to basics and follow the trends that food should be high-quality and prepared simply. “Let the product do the speaking and not complicate things,” he says. Recine, similar to Tulalip, is looking to expand the wine throughout his different outlets from the high-end steakhouse to the casual 24-hour restaurant. “Whether it is featuring great bottles of Cabernet in the steakhouse or more affordable glasses in the casual restaurants, there is great opportunity to increase wine sales as customers become more savvy and educated on wine.”

The Tropicana is also working to capitalize on the day-into-nightclub experience. Previous to this period, the pool would close when the sun went down. Now, resorts, including the Tropicana, have been able to transition the pool into a nighttime experience. “By expanding the operational hours of the pool, we have expanded our ability to generate revenue from this venue,” Recine says.

Casino Del Sol and Birtha also looked outside the casino industry, and noticed the trend of organic and sustainable foods. In order to capitalize on this program, Birtha has begun to source food from local farmers and suppliers and highlight it on his menus. “I believe it will be difficult to feature an entire restaurant that is local and sustainable in a casino resort environment, but, by featuring certain menu items in each venue we can capitalize on this trend for our customers.”

Another trend that Birtha is looking to capitalize on is the experiential nature of restaurants now. “We see in our market a lot of open kitchens, iPad wine lists and chef’s tables,” Birtha says. “We would like to begin to capitalize on this trend, and are starting to bring iPad wine lists into the steakhouse and feature our cooking techniques more prominently.”