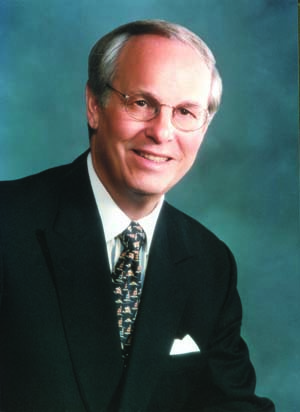 Macau is in the vanguard of the growth of the commercial casino industry in Asia, with Singapore, Malaysia and other neighboring markets also pursuing their piece of this business.

Macau is now host to 29 casinos, with 21 projected for completion next year. A pair of world-class casino entertainment projects is under construction in Singapore, including the $3.6 billion Marina Bay Sands. Malaysia is already home to the Genting Highlands Casino and Resort, often called the “City of Entertainment.”

This level of development points to a bright future for the region. And, as it has in the United States, the commercial casino industry in Asia should prove to be a solid community partner. That said, the current success and projected progress will also present the region with challenges.

In Macau, some of these challenges are already looming. A labor shortage has been projected, and the local infrastructure is being rigorously tested. Transportation is severely strained, and the demand for electricity and water could be overwhelming. In response to these and other developments, Macau Chief Executive Edmund Ho announced recently that the government will not issue any new casino licenses in the near future.

Most maturing industries experience arcs of success and challenge. One of the most useful ways to understand and address the fits and starts felt in any economic sector is to bring together industry, government and academic leaders in the field. So was born Global Gaming Expo Asia, created by the American Gaming Association and Reed Exhibitions-co-sponsors of the G2E portfolio of events.

For the past seven years, the AGA and Reed have staged the flagship G2E event held in Las Vegas. Although it has consistently attracted hundreds of attendees from Asia, we recognized the call for the same caliber of trade show and conference in Asia to specifically address the needs and interests of the industry’s fastest-growing marketplace.

Macau hosted the inaugural G2E Asia last year and it proved to be a tremendous success. An overflow crowd of 3,000 gaming professionals from 50 nations attended, and the trade show space sold out. G2E Asia 2008 will be held June 3-5 at the Cotai Strip Convention and Exhibition Center in the Venetian Macao, and attendees will witness a dramatic transformation of the event just one year removed from its debut. Most striking will be the sheer size of the affair-this year’s show will feature nearly 90,000 square feet of exhibition floor space-three times the size of last year’s space.

We learned a great deal from our inaugural event about the types of exhibits that are of interest to the Asian marketplace as well as how much and what kind of educational content should be featured.

This education called on us to include more local experts on our G2E Asia program advisory board, which has allowed us to attract a notable roster of speakers, and helped develop sessions that truly speak to the needs of the entire Asian gaming market. In addition, a number of valuable new features will be introduced at G2E Asia, including the debut of specialized exhibit pavilions on the show floor and an extra day of conference content.

Economists and developers will debate the potential impact of prospective expansion in Thailand, Korea and even Japan. The value of integrity and transparency in gaming operations is also sure to be put on the table for discussion.

Another critical issue that will be a focus at G2E Asia is corporate social responsibility. It is a key component of the sustainability of our industry, and its importance cannot be overstated, especially in relation to problem gambling.

I anticipate that discussions around the subject of marketing will produce one of the most interesting sessions at G2E Asia. Experts in the field will suggest how best to determine and satisfy the needs and expectations of the various sub-markets in Asia. Database marketing, another subject that should garner attention, is very popular in the U.S., but has yet to be reviewed to determine the validity and form of its use in Asia. The need for creative advertising strategies will also be studied in light of the various regulations in the region, some of which ban the mention of gambling altogether.

G2E Asia also is addressing the need for educated supervisors and managers in the region with the debut of the G2E Asia Gaming Management Certificate Program. This one-day training workshop has been developed through a partnership with the University of Macau and UNLV Singapore.

The advent of G2E Asia last year established a forum for considering the many similar challenges and opportunities we in the gaming business face no matter what continent we call home. There is much we can learn from each other, and there is no better example of the value of cooperation and partnership than the success of the inaugural G2E Asia, which I’m certain will be repeated this year and for many years to come.

Just as with our flagship G2E event, G2E Asia is an event by the industry and for the industry, and the input and participation from gaming executives in Asia is the key to our continued success. In fact, I am convinced that such collaboration will be a key to continuing success for the entire region and the overall global gaming entertainment industry. My hope is that G2E Asia can be a catalyst for this movement, resulting in solutions that benefit us all.