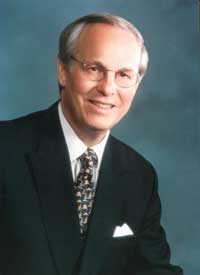 In a departure from my usual commentary for this column, I am turning a spotlight on Bill Boyd, executive chairman of the Boyd Gaming Corporation, and a member of the American Gaming Association board of directors, from which he retired at the end of  last year.

In the interest of full disclosure, let me say that Bill is a friend; he has been a confidant; and I, like many in our industry, admire him for his good business sense and his steadfast integrity and class. Bill has been a member of the board since the AGA was founded and was, in fact, one of the movers behind the birth of the association. He has been instrumental in the growth of the casino gaming industry and of the AGA, and is an innovator who has helped make the gaming world what it is today.

For Bill, the gaming industry always has been a family affair. In 1973, Bill left the practice of law after 15 years to join his father in the casino resort business. Together they purchased the Eldorado Club, and the Boyds soon owned a string of successful hotels and casinos that helped make Las Vegas one of the most glamorous cities in the world.

Along the way, the Boyds set precedents and standards that helped shape the emerging modern-day casino gaming entertainment business. They stamped the industry with distinctive strategies, such as venturing away from the Las Vegas Strip and constructing a casino geared to the local market. This was a first, and it paid off.

Gary Loveman, chairman, president and CEO of Harrah’s Entertainment, Inc., and chairman of the AGA board of directors remarked that, “Over the years, Bill has shown tremendous vision as a leader in our business. He has repeatedly proven himself to be one of the most forward-thinking minds in gaming and entertainment, as evidenced by his willingness to invest in the redevelopment of Fremont Street and his decision to cater to locals long before others realized it could be such a lucrative market.”

I think it’s safe to say that, whenever there has been a new trend in our industry, Bill and Boyd Gaming have been at the forefront.

Bill was among the first to recognize the possibilities in Native American gaming, and in 1994, built and opened the Silver Star in Mississippi, which Boyd Gaming operated for the Choctaw Indians. He also saw the market possibilities in the riverboat casino industry and was an early participant there. He involved Boyd Gaming in the revolutionary concept of “racinos” and the company now has a total of six very successful riverboat and racino operations in its stable.

Perhaps the most visible and impactful trend-setting move by Boyd was the construction in 2003 of the Borgata Hotel Casino and Spa, a joint venture with MGM Mirage that forever shifted the paradigm in Atlantic City. At the time, this 2,000-room, 11-restaurant complex, including a massive retail operation and conference center, was the first Las Vegas-style property in Atlantic City. In truth, the development of the Borgata changed the face of the typical New Jersey customer forever.

The Borgata set a new standard for Atlantic City hotels and was on the leading edge of a now $10 billion-strong capital investment surge in Atlantic City that is enhancing the city’s appeal as a national resort destination.

The Borgata experience was a harbinger of things to come. This summer Boyd Gaming broke ground on the site of the former Stardust Hotel and Casino for the $4.8 billion Echelon project that, along with several other major projects, will help reshape the Las Vegas Strip.

With all of this to underline his success, Bill has said repeatedly that it is the family atmosphere at Boyd Gaming that makes him most proud, which is not a small feat when you have 18,000 employees. It is this “family feeling” that has been mined to maintain a company focused
on gracious hospitality and superior customer service.

Indeed, Bill’s leadership has brought his organization great success, but his contributions to the development of the entire industry through the AGA have been just as significant.

Not many people may be aware of this, but Bill has been a true pioneer in the responsible gaming movement. His dedication to this cause was demonstrated when he helped create and served as the first chairman of the National Center for Responsible Gaming, which now, more than a decade later, continues groundbreaking research on pathological and youth gambling. He also was a leading proponent of the AGA Code of Conduct for Responsible Gaming that now governs all the activities of AGA member companies. In fact, Bill has been a reasoned voice and steady hand that has helped guide the AGA in countless activities as it has broadened its scope, growing right along with the industry.

Bill stepped down as CEO of Boyd Gaming last summer, a choice that has allowed him to “go back to his roots,” as he says, focusing on how to continually improve customer service and employee relations at the company. There is no doubt in my mind that this commitment will be Bill’s lasting legacy whenever he does decide to retire from the industry.

I think Terry Lanni, chairman and CEO of MGM Mirage, speaks for all of us when he says that, “Bill has always placed shareholder value and the values of the community at the forefront of his company. His quiet dignity and unfailing integrity serve as a role model for everyone in this industry.”

So on behalf of the entire AGA family, I extend a deeply felt gratitude to Bill Boyd for his steadfast commitment to the industry and to the values that make today’s gaming entertainment industry America’s success story. We know you’re not done yet, and we can’t wait to see what comes next.