... with apologies to philosophers everywhere 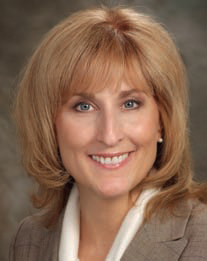 Several years ago in college (seems like just a few years) I had the chance to read a book of philosophical quotations. Often witty and usually poignant, they seem to become increasingly relevant as the years progress. Coincidentally, many seem to pair nicely with the act of successful leadership. I want to share just a few (excusing any references solely in the masculine) that speak to me:

“Each player must accept the cards life deals him. But once they are in hand, he alone must decide how to play the cards in order to win the game.” (Voltaire)

Simply put, successful teams consist of people with a purpose. They are not merely a serendipitous assemblage of random souls, but rather a sometimes-eclectic collection of specific individuals chosen and assembled based upon their unique talents, skills sets, experiences, and perspectives. As a collaborative group, they work purposefully toward successful outcomes. On my team, when someone presents an idea, others expand on it so the idea grows organically into something even greater. Ideally, team members can feed off of one another’s ideas to maximize the group’s productivity, making the whole much greater than the sum of its parts.

“Judge a man by his questions rather than by his answers.” (Voltaire)

Successful leaders encourage their team members to ask questions so the team can get to a deeper level of understanding about a topic or problem. They also encourage a positive attitude, a “lemonade from lemons” outlook. When team members aren’t afraid to ask questions—albeit in a positive and respectful manner—the entire team is stronger because open communication leads to better outcomes.

“Think for yourself and allow others the privilege to do so also.” (Voltaire)

Attempting to gather a conglomeration of individuals into a cohesive and effective unit is no easy task. The team builder must be tenacious and always, always listening and learning, empowering individuals to be their best, inspiring and being inspired. By listening, the team will become listeners too. Have the team’s members listen to each other and share. Someone may well have a viewpoint that has not yet occurred to anyone else.

“A person who never made a mistake never tried anything new.” (Albert Einstein)

Thinking “outside the box” or even outside of your comfort zone can be a difficult thing to do, especially in a group dynamic. Team leaders should encourage team members to break away from the “group-think” mentality and take the occasional risk. Ask that they trust their instincts and follow their intuition and then share with the group.

“Ginger Rogers did everything Fred Astaire did, but she did it backwards and in high heels!” (Faith Whittlesey)

Okay, so this one isn’t exactly Voltaire. But I include it here as it illustrates a very important point. Goals are achieved by the execution of steps purposefully aligned toward that end. When each member understands their role, keeps the “rhythm”, and puts forth the individual effort necessary to meet the group’s task at hand, they will collectively realize their common goal.

“Strive not to be a success, but rather to be of value.” (Albert Einstein)

A “lone wolf” attitude can be a destructive force, personally and professionally. It is also often counterproductive to the group’s ability to achieve the desired goal. Selflessly focusing on being of value to your team will ultimately also make all of you valuable to the organization as a whole.

Seldom does a single individual bring a project to successful fruition. In fact, it is usually the pairings of many talented team members. Within an assembled team, I would personally always rather see an “error of commission rather than an error of omission”. Believe in yourself and in your decisions and bring them to the team table. When mistakes are made, don’t dwell on them. Rather, acknowledge them, learn from them, and move on. Likewise, acknowledge the contributions and accomplishments that led to the group’s success.

“Women are like tea bags—we don’t know how strong we are until we are in hot water.” (Eleanor Roosevelt)

An assemblage of diverse team members can help you to realize your own strengths. They can also help you to grow as a leader. In the big picture, this allows you the growth to evince grace under pressure.

Finally, on his deathbed, a priest asked the non-religious Voltaire to renounce Satan. Voltaire replied, “Now, now my good man, this is no time for making enemies.”

Is there ever a good time for making enemies? In your career you will encounter difficult people and subject matter. There will be times when you will disagree. Even when you are shown to be right, it makes no sense winning a battle but losing the war. These occasions allow you the opportunity both for humility and to be gracious in how you allow others to “save face”, thereby hopefully turning a potentially adversarial relationship into a productive partnership.

I hope you find these quotes as useful and inspirational as I have. While I’m on the important topic of leadership, I want to acknowledge the exceptional contributions of Judy Patterson, past senior vice president and executive director of the American Gaming Association (AGA). During her more than 18 years of dedicated service to the AGA, she was instrumental in the creation of the Global Gaming Expo (G2E), and was a driving force in the establishment and success of Global Gaming Women (GGW) and the National Center for Responsible Gaming. I want to thank Judy for her tireless efforts, having had a monumental impact both on my outlook and on the industry as a whole. She continues to be an inspiration to countless leaders, and the following quote applies most fittingly to her:

“The pessimist complains about the wind. The optimist expects it to change. The leader adjusts the sails.” (John Maxwell)