Mixed signals characterize the performance of the U.S. gaming industry so far in 2010 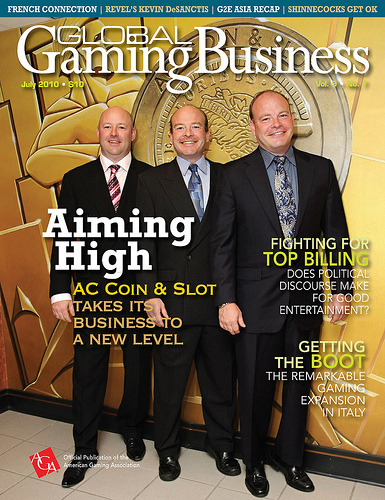 While for many, the rising temperatures signal a time of relaxation, we in the gaming industry are working especially hard to make the most of the summer season.

For although we made significant strides along the road to recovery during the first half of the year, we still have far to go. Though overall national commercial casino revenues were fairly flat during the first two quarters of 2010, a close inspection of individual gaming markets reveals some positive signs.

Gaming in Pennsylvania remains a bright spot for our industry, repeatedly cataloging record-breaking revenues. With the addition of table games, the state’s casinos are ever more likely to continue outperforming last year’s impressive totals.

News from the remaining commercial gaming jurisdictions is mixed. Each has experienced its fair share of ups and downs, though some have witnessed more severe fluctuations than others.

For example, New Jersey—the gaming state most hard-hit during the recession due to increased regional competition—endured a difficult first quarter. Monthly revenue fluctuations suggest that the full recovery of New Jersey’s casinos is still many months away, and Pennsylvania’s gain from new table games will put further pressure on Atlantic City to innovate and find creative new ways to keep customers coming to the shore.

Gaming revenues in Nevada have been similarly volatile. Though the state enjoyed a prosperous first quarter, revenues have since marginally declined. However, the situation is far more complex than revenue totals indicate; other numbers tell a different—and more favorable—story.

In Las Vegas, many industry insiders contend that growing numbers of conventioneers are accelerating the city’s recovery. For example, MGM Mirage recently reported that it had booked 865,000 hotel rooms for next year—a company record. And convention attendance in Las Vegas grew 2.9 percent in April (according to the most recent figures available at press time) to nearly half a million business travelers.

Also encouraging, Las Vegas tourism has been on the rise for eight consecutive months. And a recent report from the U.S. Travel Association suggests that this spike in visitors may be part of a national trend. The organization recently said it expects a 2.3 percent increase in vacation travel this year compared to 2009. Though tourists still are not spending as freely as they once did, their renewed interest in travel is a harbinger of better days ahead—both for Las Vegas and for other tourist destinations across the country.

Paulson & Co.’s recent investment in several gaming companies also is a strong show of confidence for the future. Wall Street, it seems, is anticipating that our industry will soon be back on track.

Of course, whether our industry can afford to provide these amenities is significantly influenced by the operating environments in which we find ourselves. Establishing stable, reasonable tax rates is key to governments realizing the full revenue potential of our industry. In today’s economic environment, more than ever, significant capital investment cannot occur where prohibitive tax rates are present. Those states such as Massachusetts that once again are looking at the potential expansion of gaming must understand this reality.

The games, though, remain the cornerstone of our industry. Thankfully, though gaming equipment sales were slow during the first half of 2010, there is evidence that many casinos are preparing to renew their floors. Gaming analysts who attended recent trade shows left the events feeling optimistic that casinos in many jurisdictions are ready to purchase new games and update their slot machine offerings.

The recession has taught all of us in the gaming industry how to work more efficiently—to do more with less, so to speak. Without a doubt this lesson has come at a cost, but the attention paid to cutting costs, streamlining operations and simply spending smarter will serve our industry well as we progress down this road to recovery.

Looking ahead, I am hopeful that industry-wide recovery will continue—albiet slowly—in the months to come.

Recent news from two emerging gaming states, Ohio and Maryland, holds promise. In early June, legislative leaders in Ohio established regulations that will govern the state’s casinos. And a Maryland board recently approved a purchase of more than 1,000 slot machines for its first casino, which is scheduled to open as early as September.

There are challenges ahead as well. Currently, the problem weighing heaviest on the minds of industry representatives is the oil spill in the Gulf of Mexico, which has taken a heavy toll on coastal states already experiencing economic turmoil.

While our industry’s chief concern is the well-being of our employees and their families, we also fear that the crisis will impact tourism and gaming in the region. According to a recent survey, 60 percent of hotels in the region have reported a rise in group and meeting cancellations due to the oil spill. The AGA is continuing to monitor this situation to protect the interests of our companies affected by this disaster.

Without question, our industry’s travels along the road to recovery have been—and will continue to be—somewhat difficult. But we already have made significant progress and, along the way, learned invaluable lessons. Though the road ahead is long and uneven, I am confident that our industry is well-positioned to address whatever obstacles—and opportunities—may come its way.