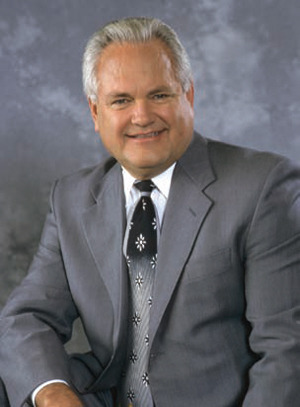 After I published No Work & All Play—The Audacious Chronicles of a Casino Boss, many people asked me what motivated me to write such a book.

Frankly, I did it for a variety of reasons. First of all, I think everybody would like to write a book. They just don’t know how. I felt the same way, and the only way to find out if I could do it was to start writing.

A lot of people keep diaries or journals. I simply kept notes. These were notes about people, events and memorable times in my career. I told myself years ago that some day I would reflect back on these notes and write my memoirs.

When I retired from the gaming-resort business in 2010, I began writing the draft of my manuscript as a transition from working full-time to gradually enjoying a life of leisure.

Secondly, I wanted my book to serve several purposes beyond just being a memoir for my family. I wanted it to pique the interest of young people considering the hotel and casino business for their careers. I also wanted to acknowledge by name the many people who affected my life during my very long career in this wonderful industry. They are the reasons I never dreaded going to work one single day of my career. I loved the business and I wanted to write about what made it so much fun.

Lastly, I wanted to pay tribute to Jack Binion. I was 51 years old when he hired me, and I truly was born again under Jack’s mentorship. I knew the business pretty good up until then, but Jack showed me how the casino entertainment business should really be run. I have dedicated this book to Jack and his wife, Phyllis.

The UNLV Hotel School played a big role in helping me both select and shape a career in gaming hospitality, and I am delighted to donate half of the royalties from the sale of my book to the Hotel College. For that reason alone,

I hope the readers of Global Gaming Business will purchase a copy. No Work & All Play—The Audacious Chronicles of a Casino Boss is available directly from the publisher, Outskirts Press (www.outskirtspress.com/bookstore/ 9781432777241), and it is also available at Amazon.com and Barnes and Noble, including the Kindle and Nook downloadable versions.

The two Horseshoe properties in the South operated like well-oiled machines. It was so nice to finally be involved with an organization that did not require a huge bit of tinkering just to pay some past-due bills. The Horseshoe was rolling in cash. The showrooms were featuring the likes of Don Henley, Ringo Starr, Jay Leno and Tim McGraw. The two casinos were hosting a huge array of million-dollar customers. Jack Binion’s Mid-South Poker Tournament was just coming into its own as a new event to rival the famous World Series of Poker.

Jack himself was the center of his own commercials and was becoming a celebrity in his own right all over Mississippi, Tennessee and Louisiana. When asked by a member of the press why his smaller casino did so much better than his larger competitors, Jack answered by saying, “I use my facility 24 hours a day, while most of my competitors use theirs for 12 or less.” That proved to be a key to the higher profit margins we enjoyed at Horseshoe. We had lower odds and higher jackpots than our competitors. Our live entertainment was the best and the most expensive in the region. But with a promotional environment that required us to use our facilities around the clock, we were able to spread the costs of all our programs and higher payroll expenses over a full day, and at the end of the month we just generated more cash and better profits.

While most casinos had stringent policies for the issuance of complimentary services to patrons, Jack Binion’s policy was to empower his employees to make judgment calls and not be controlled by a computer or some rule set in stone. Many of you who frequent casinos know what I am talking about. You ask for a comp only to be advised that you need to play for another 10 or 15 minutes before you qualify. When you are a loyal customer and also hungry, that response will tend to piss you off. The Horseshoe policy was almost the exact opposite. The first time I observed it in person, I was afraid it was far too liberal and maybe uncontrollable. Yet, the public relations value of Jack’s comp policies alone were worth millions in free advertising. In fact, it was folklore in Memphis that Jack trained his casino bosses and hosts to use the “smell test” when deciding who to comp. When I first heard about it, I inquired, “What is the smell test?”

I was informed that it was Horseshoe policy to comp any customer who smelled like he had money on him. If a customer bought in with a $100 bill, the pit boss smelled money and immediately asked the patron if he would like dinner in the buffet. Sure, there were some people who knew the policy and took advantage of it, but the volumes of patrons that liked the no-hassle comp policy more than made up for the occasional guy who worked the system.

Free booze was another trademark at the Horseshoe. It is well-known that liquor is the lubricant for free and easy gambling, and therefore our rules involved a no-hassle policy for getting booze to the customers. In the South, the customer liked the long-neck beer bottles and was not particularly happy drinking the more economical draft beer. Nonetheless, all our competitors poured draft beer. Not Jack.

Bottled beer was more expensive. Bottled beer took up more space and required more employees to move it about. But that is what the customer wanted so that is what we gave them. Likewise, if a customer wanted a name-brand liquor, that is what we poured him. It was a major violation of Jack’s mantra to ever substitute an alternative brand to satisfy a customer’s request. The casino bars in the Tunica casino were stripped of their cash registers because the cost of auditing so little cash sales was not worth the effort. Ringing up comp booze sales in the cash register was more red tape the customer did not need.

The Horseshoe training programs were easy to understand and simple to teach. They did not consume large amounts of time in boring classrooms, and they did not require the employees to learned “canned scripts.” Jack Binion’s service training followed the simple Golden Rule: Every employee could be him or herself around a customer. Employees were encouraged to treat each customer as an individual, recognizing that each customer has a different set of criteria that makes them comfortable in a casino.

The employees, as a team, all sensed that they were a surrogate Jack Binion, and they should act on behalf of the owner when dealing with each and every customer. Jack would constantly remind employees, “If you let a pissed-off customer walk out the door, you’d better go outside and bring him back in or just keep on walking out with him.” Jack Binion was truly embarrassed when we screwed up a customer’s visit. Yet he also knew that some of the best relationships with customers are forged through adversity. Therefore, he encouraged us to sometimes create small adversities for customers that we could quickly fix in such a glorified manner that both the affected customers and the people (including employees) around them would witness. Fixing these small grievances quickly and in such a glorified manner cemented customer ties and continued to exemplify the customer service focus of Mr. Binion and his Horseshoe casinos.

Jack also went out of his way to never let his family or his executives displace his customers. Unlike my days at Trump when we would vacate an entire floor of patrons just to take care of Marla’s family and friends on a moment’s notice, or even with MGM or Del Webb when the chairman of the board would demand the penthouse suite during a busy convention, Jack Binion proved to be the opposite. I recall my first visit to Tunica with Jack, where we learned that the Horseshoe was oversold and may be required to turn away some patrons with reservations. Binion and I gave up our rooms and rented accommodations at the Gold Strike Hotel next door.

I also noticed that Jack never occupied a suite in the hotel, even when demand permitted him to do so. When his wife, Phyllis, traveled along with him, he would occasionally book a suite, but only if it did not displace a customer. Thankfully, Phyllis agreed with his policy and she was always a gracious guest whatever room she occupied and regardless of the fact that she was also an owner of Horseshoe. But I guess that’s why the employees all respected the Binions.

Every company has a culture. Some cultures are negative and some are positive, but a culture of some kind always exists. A culture is developed and evolves based on the vision and behaviors of the leadership. Jack Binion had a vision that his casinos would create an environment for the serious gamblers where they could come and indulge themselves without apology and where there would be little if any red tape.

Everybody understood that he successfully achieved his vision. Without a doubt, the culture at the Horseshoe under Jack Binion’s leadership was the most unique ever to occur in the gambling industry. It has never been replicated, and the size and scope of the gaming operations today and leading into the future probably will never see the type of culture that led the Horseshoe Gaming Company to its rapid and successful merger with Empress Casinos and then its ultimate sale to Harrah’s. Employees and customers all called Mr. Binion “Jack.” Hardly anybody referred to him as “Mr. Binion,” and that just doesn’t happen anymore in the current world of casinos.